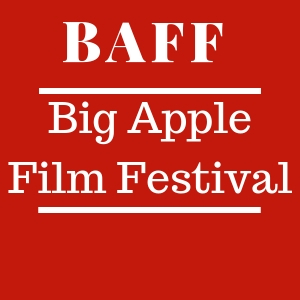 2020 Big Apple Film Festival Screenplay Competition(Fall Edition),
In partnership with WeScreenplay, winning scripts will be reviewed by readers who have read for agencies, studios, management companies, and/or production companies. Each review will include: 4 pages of detailed notes, Character, Plot, Structure, Dialogue, and Concept Analysis, A Pass, Consider, or Recommend rating,

Winners receive the opportunity to pitch their script to industry representatives through Virtual PitchFest, including NBC Universal, Warner Bros., UTA, The Gersh Agency, and many more.

The mission of The International Gullah Film Festival is to encourage filmmakers to explore and tell visual stories based on the rich history of Gullah culture. With a spirit of National and International inclusion, The International Gullah Film Festival also strives to spotlight talented filmmakers and story tellers from around the world. This film festival is as much about pride for people of Gullah descent as it is about our place in the global community.
Submit Prizes
Script Summit
Final Deadline
Winners Notified:
Sep 13, 2020 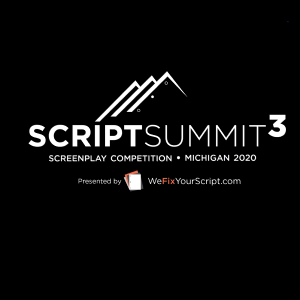 Script Summit is a festival dedicated to supporting screenwriters. You will have the opportunity to connect with directors, producers, and other writers at the Script Summit Networking Event. The Summit also hosts Q&A panels, seminars, table reads of selected scripts, and a $1,000 in cash!

As a participant in this event, you can pitch your script and network with industry professionals. Gain tremendous insight on what makes a project appealing to a producer, hone your craft at seminars hosted by professional screenwriters and filmmakers, and of course ... cash prizes!

Winners are announced at the Awards Show.

Hollywood managers and producers have agreed to receive the winning script and consider the top finalists' loglines for read requests, including:

Plus, the winning writer gets a free InkTip listing for more pros to find your script. 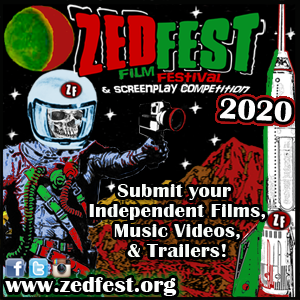 *ZED FEST FILM FESTIVAL CERTIFICATE
*Bonus Top Prize winners Movie Magic Screenwriter software
*InkTip Script Listing: A listing of your script on InkTip so that producers and reps can find you.
InkTip Magazine: Publication of your logline in InkTip's magazine sent to nearly 15000 producers and reps. 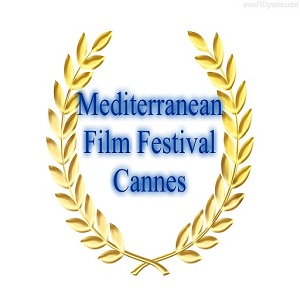 Mediterranean Film Festival Cannes highlights a selection of best films from around the world, November 27th-30th 2020
The festival aims to promote independent filmmakers and innovative work that take risks and move the frontiers from the boring and most of the times empty conventional to the artistic initiating strong emotions and out of the box exceptional. It equally aims to give the opportunity to independent filmmakers to showcase their work free of commercial constraints.
Mediterranean Film Festival Cannes is an IMDB
Awards listing Qualifier.

This year as well, filmmakers from all over the world will have the possibility to present their original works as a first-ever preview in the section “New Frontiers” dedicated to scriptwriters. The program of the RIFF will be enriched by retrospectives and seminars on different aspects of the Indie film industry. At the end of the Festival, the winners will be presented with RIFF Awards worth over 50.000 €.
Submit Prizes
Hollywood Outreach Program (HOP)
Final Deadline
Winners Notified:
Jan 31, 2021

The program’s objective is to help writers improve their craft so they may learn the skills necessary to help them achieve their goal of obtaining representation, selling or optioning their work, and/or landing a writing assignment. This program is for feature-length screenplays only.
Submit Prizes
High Concept Screenplay Program (HCSP)
Final Deadline
Winners Notified:
Jan 31, 2021 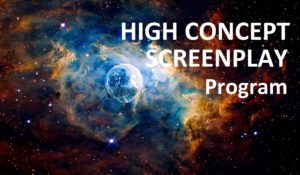 The High Concept Screenplay Program welcomes all genres and aims to discover, honor and reward different approaches, eclectic points of view and unique voices in screenwriting. A high concept screenplay: 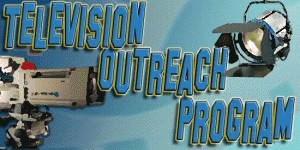 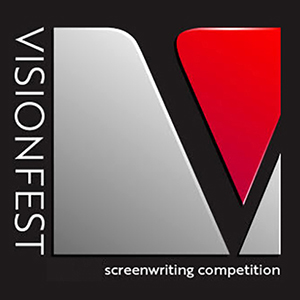 Since 2009, Fresh Voices has been proud to provide a microphone to exciting new voices that deserve to be heard and memorable stories that must be told.

Celebrating our 11th Annual Screenplay Competition in 2020, we are grateful to have had the opportunity to help guide dozens of talented writers to secure literary representation, option agreements and other writing assignments, providing the stepping stones and advancing the careers of many of our winning writers.

Through our generous industry sponsors, Fresh Voices is pleased to offer over $20,000 in cash & prize packages including script development, career consultation, plus memberships and subscriptions to services, all designed to support your career and maximize the exposure of your big win.

Executives, managers and producers actively seeking new writers and projects are lined up to read this year's winners. Will you be our next success story? 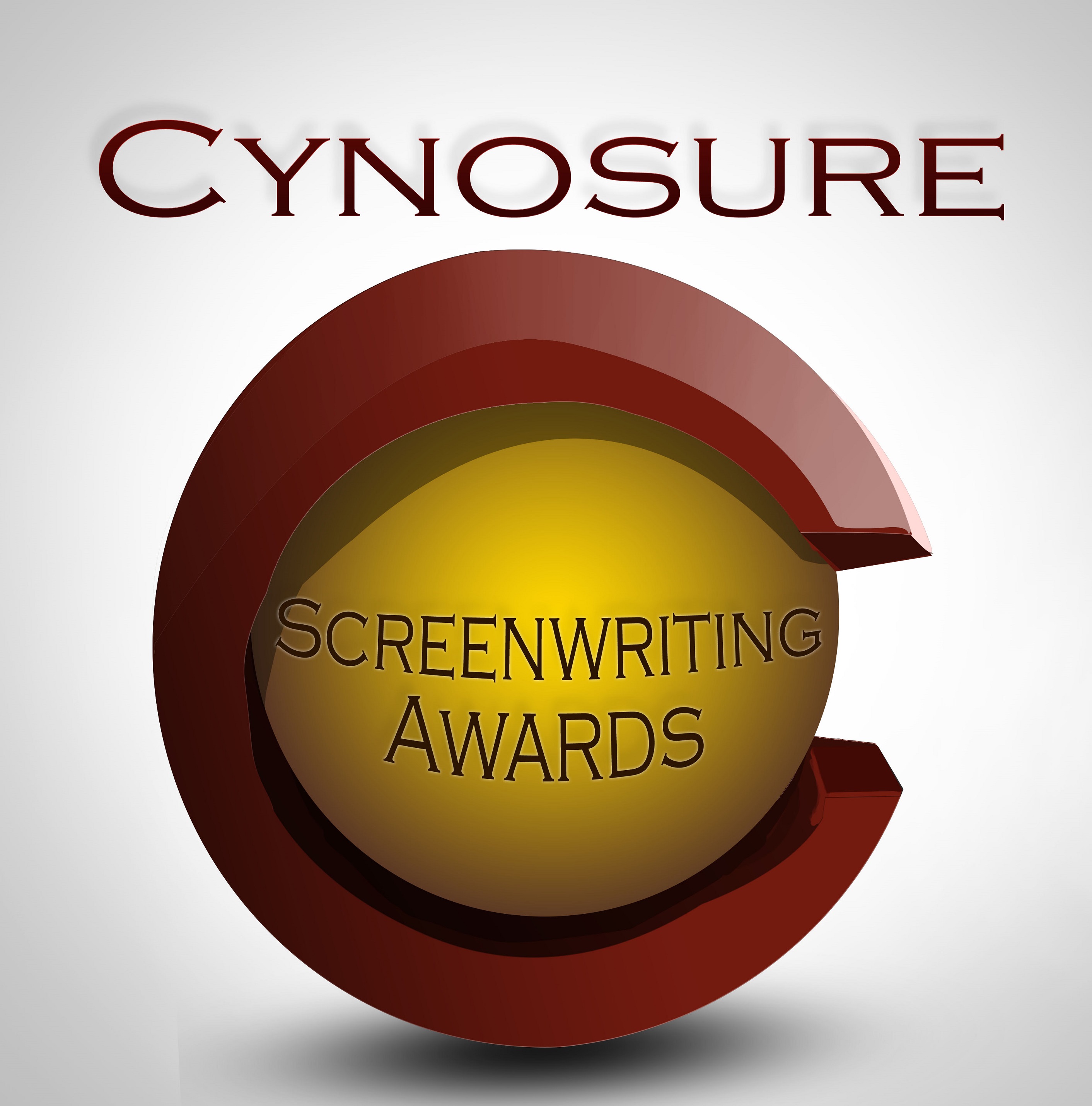 THE FIRST ANNUAL SLEEPY HOLLOW International Film Festival (SHIFF) debuted in October 2019 and was an official partner in the Villages of Sleepy Hollow and Tarrytown, NY’s Bicentennial celebration of Washington Irving’s immortal story The Legend of Sleepy Hollow. SHIFF '19 unveiled four days of memorable programming at the historic Tarrytown Music Hall and Warner Library, thrilling attendees with feature film premieres, live stage events, special guest panels and discussions and film and original screenplay competitions. Entertainment entities such as Disney, Universal Pictures and others participated in SHIFF’s launch, presenting special events and screenings, and they, along with other noteworthies will be participating in 2020 as well!

SHIFF 2020 continues its celebration of outstanding genre cinema in the very cradle of the American Supernatural, taking place in Sleepy Hollow and Tarrytown, NY, on October 15-18, 2020, and is now accepting film and script submissions! Be a part of this wondrous exploration of creative cinema, right in the heart of the historic Hudson Valley region, during its legendary Halloween season!

Once again, exciting premiere feature films and groundbreaking new films in competition will screen alongside thrilling retrospectives, live events and panels. Venues include the historic Tarrytown Music Hall, the Warner Library and others to be announced.

The festival's advisory board, selection committees and jury will include film and literary professionals with industry experience who will program and award new films of quality, of all genres, and that touch upon, relate to or simply explore the otherworldly or unknown.

SHIFF 2019's offerings included U.S. and regional premieres of THE WRETCHED, PHANTOM OF WINNIPEG and MAKING APES as well as a special advance screening of acclaimed director Peter Strickland’s IN FABRIC and more! Renowned actor Jeffrey Combs brought down the house with his live-on-stage one man Edgar Allan Poe show NEVERMORE, and Dana Gould, Bobcat Goldthwait, John Hodgman and an all-star comedy cast killed with a live stage reading of PLAN 9 FROM OUTER SPACE! We can't wait to unleash what is in store for 2020 -- and we're excited to make this year's film and script submission selections the backbone of the experience!

There is no more perfect place to launch such a celebration than in the actual, historic Sleepy Hollow, New York—the very cradle of the American supernatural. Filmmakers and fans alike are welcome to participate October 15-18 2020, for the inception of a new legend, where the breathtaking whirl of unthinkable sounds and visions witnessed will inspire us all for centuries to come!

Screamfest® was founded in 2001 to give talented writers a platform to further their careers. he competition is open to all feature scripts in the horror, thriller and sci-fi genres. Screenwriters have been optioned and/or sold their screenplays as a result of the competition.

A listing of your script on InkTip so that producers and reps can find you.
Publish your logline in InkTip's bi-monthly publication sent to nearly 15,000 producers, agents and managers.

$1,000 cash prize
Our amazing gold skull trophy
Movie Magic Screenwriting software
A listing of your script on InkTip so that producers and reps can find you.
Publish your logline in InkTip's bi-monthly publication sent to nearly 15,000 producers, agents and managers.

Artemis Motion Pictures brings you the first film festival dedicated to honoring female action and empowerment heroes. Our sixth edition marks a continued celebration of powerful women taking action onscreen. From female action heroes to female activists, we shine a spotlight on women in narrative, documentary and animated films who are fearless, fierce, and revolutionary.

AWIAFF extols the women who kick ass and change culture! Film has both the power to entertain and to awaken - to awaken awareness of the dynamic and powerful roles of women in our society and throughout the world. Our festival mission is to both kick ass and open minds.

Submit all narrative, animated, and documentary FILMS in any genre featuring women starring or co-starring as a physical action and/or empowerment characters.

Submit all MUSIC in any genre that is a film score, composition, song, or theme song created by female composers, female led bands, and female solo artists.

All categories are competition categories with awards in each category.

Opening films for the 5th edition were: THIS CHANGES EVERYTHING, STUNTWOMEN: THE UNTOLD HOLLYWOOD STORY, SEEING IS BELIEVING: WOMEN DIRECT, REEL WOMEN SEEN and RANGE RUNNERS. The atmosphere was electric as Artemis moviegoers lined up for the opening night attractions.

And for the very first time, Agenda Magazine commemorated AWAIFF in a special collectors edition.

80 films were screened at our 2019 edition, submissions came in from approximately 35 countries, approximately 5% of filmmakers in official selections were in attendance and 100% percent of the screened content prominently featured women (as ALWAYS!).