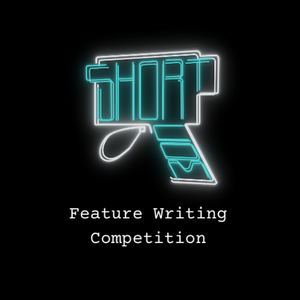 Short Com is delighted to launch its first ever feature writing competition.

Having screened some of the funniest short comedy films since 2011 by emerging comedy filmmaking talent, we are now looking to unearth comedic writing talent to help kick-start their writing career.

Scripts are carefully assessed by experienced readers before being whittled down to a final shortlist, which are put before our selected judging panel of industry experts; whose collected votes will decide a winner. 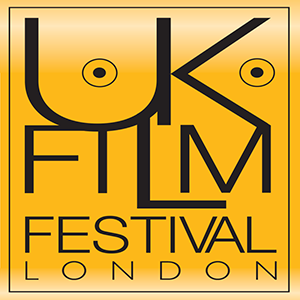 THE UK FILM FESTIVAL SCRIPT COMPETITIONS
The UKFF Script Competitions has 3 exciting categories.
1) Feature Script - Could your Feature Script be the next big thing?
2) 3 Minute Script - Can you tell a complete screen story in 3 pages?
3) 10 Minute Script - The perfect length. Enough time to develop a short story film.
Unlike other script competitions UKFF doesn’t just give awards or money as a prize but aims to get their winning scripts into production. In fact, they are well known for successfully connecting scriptwriters to the film industry and getting the films made. With 6 of their winners’ scripts made in to films (2 of which went on to win Crystal Bears at the Berlin Film Festival); 1 in preproduction; and a further 4 optioned - their record speaks for itself.
As a previous feature script winner, Joadie Jurgova says -
“Entering The UK Film Festival’s screenplay competition was the best chance I have ever taken. It took my script and breathed new life into it, attaching an award-winning director and placing it with a prestigious international production company in less than a year. The support since winning has been phenomenal, respectful and generous. If you are looking for a script competition that you can place your trust in, this is it.“

The UK Film Festival does more than just support feature scripts. Ever since the Short script competitions began a winning script has gone into production or preproduction and 4 of the writers' resulting films have subsequently gone on to be multi-award winning at film festivals around the world including, the Berlinale, Aesthetica, Bilbao, Galway and Underwire. The films have been Official Selection in 41 other festivals and 3 have gained prestigious distribution deals.
Winners will receive immediate marketing to the industry, winner's laurels and the associated publicity. Winners and runners up in each category will also receive the latest version of Final Draft 11 (value $250) with many new features, as well as a free script listing and placement on InkTip. Producers have made more than 400 films from scripts and writers they found through InkTip. 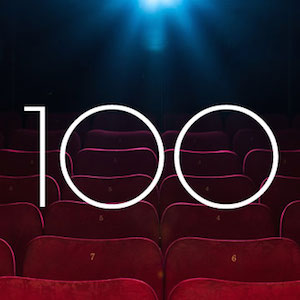 What makes 100 Screenplays different? One of the judges for Screenplay Festival had an idea, “What if we had a contest where we limited the number of entries to one hundred? We could get them read quickly and select the winner in a month, and the writers stand a better chance of winning.” This idea was thrown around the office until it grew into "100 Screenplays."
Submit Prizes Get a Discount
BLASTOFF
Final Deadline
Winners Notified:
Mar 31, 2022

SCREENWRITERS, a great script can launch your career! We submit professional queries, on behalf of high-scoring writers, to Hollywood agents, producers, and/or executives for evaluation. A truly great script could catch the eye of a serious producer or investor, and lead to a production deal. EVERY submission receives insightful written coverage. Features and TV Scripts also receive a template for a professional industry query-letter (with sample pitch for your project) so that you may send out your own queries, if you wish.
Submit Prizes Get a Discount
Creative World Awards Screenwriting Competition
Late
Final
Final Deadline
Winners Notified:
Aug 29, 2022

CREATIVE WORLD AWARDS SCREENPLAY CONTEST (CWA) is an international screenwriting event known for championing writers and opening doors. Through established relationships with some of the industry's most sought-after companies, CWA plays a critical role in connecting talented writers with agents and producers in search of fresh, new material. More than $30,000 awarded in cash and prizes, including a production opportunity for the Grand Prize Winner & CWA promotes beyond just the winning scripts.
Submit Prizes Get a Discount
Breaking Walls Thriller Screenplay Contest
Late
Final Deadline
Winners Notified:
Mar 28, 2022

Hollywood managers and producers have agreed to receive the winning script and consider the top finalists' loglines for read requests, including:

Plus, the winning writer gets a free InkTip listing for more pros to find your script.

Founded in 2003, each year the judges of the PAGE International Screenwriting Awards contest present over $50,000 in Cash & Prizes to some of the most talented new screenwriters from across the country and around the world -- including a $25,000 Grand Prize and Gold, Silver & Bronze Prizes in 10 different genre categories. Most importantly, dozens of past PAGE Award winners have landed top Hollywood agents and managers, optioned and sold their winning scripts, and seen their movies and television shows produced. Enter this year's contest and you could soon join their ranks!
Submit Prizes
Script Summit
Earlybird
Regular
Late
Final Deadline
Extended
Winners Notified:
Sep 18, 2022 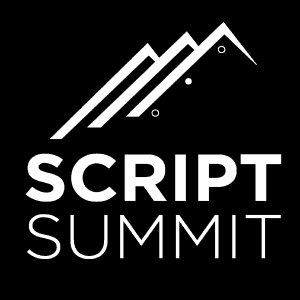 Script Summit is a festival dedicated to supporting screenwriters. As a participant in the Script Summit Screenplay Competition, you can build your network, expand your knowledge with in-depth seminars taught by professionals, gain tremendous insight from Q & A Panels, experience scene table reads with professional actors, and attend hundreds of film screenings at no additional cost! You will have the opportunity to connect with directors, producers, and other writers at the Script Summit Networking Event.

There's even a grand prize of $1,000 in cash and TWO writers will walk away with a contract of representation by a Hollywood Talent Manager!

Winners are announced at the Awards Show which is free to attend!

From choosing our judges to creating opportunities, our top priority has always been the writer. We surround ourselves with reputable and successful companies, including the many producers, literary agents, and managers who read your scripts.

Our past winners have won Emmys, been signed by agents, managers, had their scripts optioned, and even made into movies.

But the most important prize of all is this: Scriptapalooza will promote, pitch, and push the Semifinalists and higher for a full year. No other competition in the world does that.

HBO has requested meetings with writers that have submitted to our festival.

Festival Perks:
• In competition for Grand Prize - $45,000 in Awards
• Also the Top 3 Scripts get $1000.00 in Writing Industry Perks
• Script nominees are listed on screen during programming
• And you are part of the Q & A in that session.
• Walk the Red Carpet for Press Interviews
• Be part of the VIP Soiree, honoring the nominees.
• Highlighted in our monthly newsletter to 80,000.

More About the Festival

The rationale behind the festival is clear. New Media Film Festival® continues to show its lasting power and potential to evolve - there is scope for truly groundbreaking and compelling work in the world of storytelling. The festival is designed to both discover and cultivate highly creative work from emerging and seasoned content creators.

Screamfest® was founded in 2001 to give talented writers a platform to further their careers. he competition is open to all feature scripts in the horror, thriller and sci-fi genres. Screenwriters have been optioned and/or sold their screenplays as a result of the competition.

A listing of your script on InkTip so that producers and reps can find you.
Publish your logline in InkTip's bi-monthly publication sent to nearly 15,000 producers, agents and managers.

$1,000 cash prize
Our amazing gold skull trophy
Movie Magic Screenwriting software
A listing of your script on InkTip so that producers and reps can find you.
Publish your logline in InkTip's bi-monthly publication sent to nearly 15,000 producers, agents and managers. 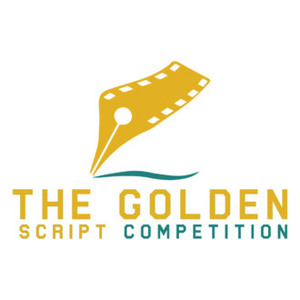 The Golden Script Competition is a yearly competition founded in Glasgow, UK, of short, feature and TV pilot screenplays from all around the world.

You will be submitting to the 2022 edition, and the best scripts of this edition will be read by some of the most renowned production companies and literary agencies (including some that have won several OSCARS and BAFTAS), giving you the chance to have your script produced or represented 🎬. 2022 Edition Mentors include Paul Haggis, the two-time Oscar-winning screenwriter.

One script will receive a $10,000 option fund from Lucky Elephant Media (Ghostbusters: Afterlife, Pieces of a Woman). The best scripts of 2022 will also be read and could be potentially considered for further options and development by the same company.

The fellowship program was developed to honor dedicated writers and to help further their creative process and skills. Writing in itself is a journey and we would like to facilitate the process by giving the fellows the opportunity to be surrounded by like-minded professionals and individuals.
Submit Prizes
Scriptapalooza Television Writing Competition
Early
Final Deadline
Winners Notified:
Aug 15, 2022

Our intention is to help open doors for the aspiring television writer. There are four categories you can submit to, which include one hour existing shows, ½ hour existing sitcom, original pilots, and reality shows.

The participants we have chosen to read the winning scripts are individuals from established production companies. Whether you are already an aspiring television writer or a writer interested in exploring other avenues, Scriptapalooza TV is here to promote you.