Next Generation Indie Film Awards supports filmmakers through its annual awards and other programs. We endeavor to assist filmmakers at any stage of the filmmaking process in reaching an audience, and we aim to advance filmmakers’ careers through services, education, and resources. Our organization has provided financial backing for more than 50 independent short film projects.

INDUSTRY RECOGNITION
All award winners and finalists are provided with a laurel which may be used for their own marketing and promotional materials.

THE WINNERS AWARD
In addition to industry recognition and rights to use the prestigious Next Generation Indie Film Awards laurel, winners also receive a shiny gold statuette to commemorate their outstanding achievement in their respective independent short filmmaking categories.

Ravenheart International Film Festival will be held at the renowned Cinemateket at Filmens Hus in Oslo, Norway. Here at RIFF, we aim to connect all filmmakers, domestic and foreign through the universal language of film. Celebrating all styles of cinema but particularly spotlighting genre films. RIFF is an event where all filmmakers, fans of the art of film, and all creatives can come together to share their experiences and love for cinema.

At Ravenheart, submissions are open to all types of genre films. We are looking to showcase the best in horror, sci-fi/fantasy, thrillers/suspense, etc. Guest speakers, Q&A’s, booths, and great networking opportunities will all be held at the event. We also invite local aspiring filmmakers/students to inspire one another into becoming better filmmakers.

So, if you love high-quality genre films and to be submerged into a cinematic experience then you can't miss this festival!

” What a wonderful evening celebrating creative talent from across the globe!” – Kate

“Thanks for your attention for Genesis 88 and your friends great festival and great experience! We return the next year!” – Jordi Paris

“We saw the other winners, and there are some truly great series, congratulations!” – Rose of Dolls

“We would like to express our gratefulness for recognition and acknowledgement.” – Cedra Wal 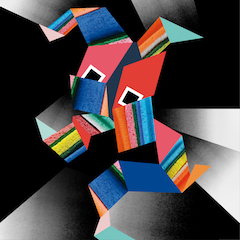 Fantoche is Switzerland’s most prestigious animated film festival and is one of the leading events for the medium in the world. It takes place every year in September over the course of six days in the Swiss town of Baden. The festival, which benefits from broad media coverage, attracts both industry professionals and the general public – over 25,500 ticket sales were recorded in 2015.

The diverse festival programme comprises more than 250 animated short and features films from around the world every year. The schedule is augmented by a wide range of presentations, panels, lectures and exhibitions. Each year, Fantoche holds both an international and a Swiss competition for short animated productions. Under the guidance of the curators, it addresses and explores an array of key themes and shines the spotlight on new, multimedia-based and interactive forms of animation. Fantoche maintains various partnerships with national and international cultural events and festivals, and is involved in cultural exchange throughout the year.
RSVP
2021 Winter Film Awards International Film Festival
Date: Sep 23, 2021
Time: 1:00am to 1:00am
City: New York
Entrance Fee: $10-25
Phone:
Email: info@winterfilmawards.com
Google Map 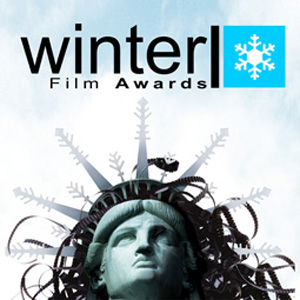 INDIE FILMMAKERS … Do you have an awesome film, music video or web series? Celebrate Diversity in Film with New York City's WINTER FILM AWARDS, a BEST REVIEWED FEST on FilmFreeway!

Winter Film Awards is New York City -- showcasing the eclectic diversity and excitement of the independent arts world. The Fest celebrates the outstanding work of emerging filmmakers in all genres from around the world, with an emphasis on highlighting underrepresented artists. Works of all lengths are considered for Festival screening, including narrative Fiction, Documentary, Web Series, Music Videos, Animation and Horror. All selected films are screened at New York City's best independent cinema.

Emerging filmmakers with low budgets and no connections are so often ignored in favor of the standard big budget generic action films. Exciting low-budget films are created all over the world; we need the opportunity to see them!

Winter Film Awards is an all-volunteer women and minority-run 501(c)3 organization founded in 2011. We believe everyone deserves a fair shot at getting their voice heard and we have a rigorous blind judging process to ensure a bias-free review. Winter Film Awards is proudly a Best Reviewed Festival on FilmFreeway. Now in its tenth year, the rapidly growing Festival showcases the work of emerging filmmakers from around the world. For the 2020 Festival, 79 films from 27 countries were screened, including an eclectic mix of Animated films, Documentaries, Feature narratives, Horror films, Music Videos, Narrative shorts and Web series, including 21 first-time filmmakers. 50% of the films were created by women, 53% were created by or about people of color.

The Australia Independent Film Festival returns to Brisbane in 2021 bigger and better, showcasing the very best Australian and international short films, documentaries, animations and more, screened in one of Brisbane's most hip theaters at Metro Arts West Village.

Brisbane, located an hour's drive from the World famous beaches of the Gold Coast is a vibrant, art loving new world city that can be considered the Gateway to Australia. Brisbane, the capital of Queensland is rich with culture and renowned for its hospitality and safety.

Contents and aims:
The Association Rive Gauche – Festival, Florence, Italy, is pleased to announce the 8th Firenze FilmCorti Festival.
The Festival aims at promoting the collaboration and competition between young directors and the promotion and distribution of audio-visual works from all over the world. The Festival also wants to encourage and facilitate participants in their contacts with producers, distributors, actors etc who will be guests of the event.
Festival Categories:
a – fiction short films
b – documentaries
c – innovative and experimental films
d – animations, cartoons and films for young people and schools
e – screenplays
f – ‘spazio giovani’ (Student category) – for films and videos made by the students of Academies, Universities, High Schools, Colleges and Cinema and Film Schools in Italy or abroad. 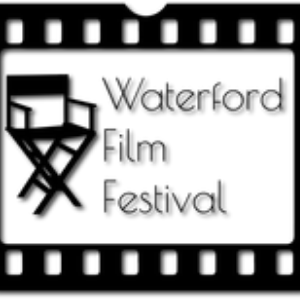 Mediterranean Film Festival Cannes highligts a selection of best films from around the world, November 27th-30th 2021.
The festival aims to promote independent filmmakers and innovative work that take risks and move the frontiers from the boring and most of the times empty conventional to the artistic initiating strong emotions and out of the box exceptional. It equally aims to give the opportunity to independent filmmakers to showcase their work free of commercial constraint
RSVP
Mediterraneran Film Festival Cannes
Date: Nov 27, 2021
Time: 5:00pm to 12:00am
City: Cannes
Entrance Fee: FREE!
Phone: +33 4 92 99 79 79
Email: mediterraneanfilmfestivalcanne@gmail.com
Google Map 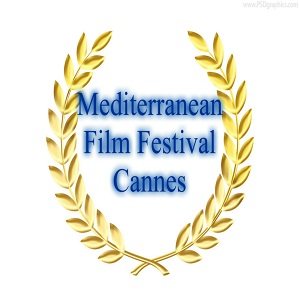 Mediterranean Film Festival Cannes highligts a selection of best films from around the world, November 27th-30th 2021.
The festival aims to promote independent filmmakers and innovative work that take risks and move the frontiers from the boring and most of the times empty conventional to the artistic initiating strong emotions and out of the box exceptional. It equally aims to give the opportunity to independent filmmakers to showcase their work free of commercial constraint
RSVP
Vindhya International Film Festival Madhya Pradesh
Date: Dec 25, 2021
Time: 10:00am to 10:00pm
City: Sidhi
Entrance Fee: FREE!
Phone: (+91) 8668834401
Email: viffmp@gmail.com
Google Map

VIFFMP is a meeting place for filmmakers and people who are interested in the world in its variety, different approaches to life, film as an art form, a medium and a tool of social expression. VIFFMP offers filmmakers a platform to introduce their work and discuss topics shown in the film as well as the filmmaking process.
Categories
. Feature Films and Documentary- International / National / Madhya Pradesh Special
· Short Films and Documentary- International / National / Madhya Pradesh Special
· Music Video
RSVP
Ibiza International Indepedent Film Festival-Ibizacinefest
Date: Mar 11, 2022
Time: 1:00am to 1:00am
City: sant josep de sa talaia
Entrance Fee: $30
Phone: 620434864
Email: ibizacinefest@yahoo.com
Google Map

Ibizacinefest Pitching selects 6 documentary and fiction feature film projects that will be presented online to our advisor Ángela Bosch.
Ibizacinefest undertakes to announce and promote all the selected projects in our RRSS and newsletters, with emphasis on the declared best project IBZCF PITCHING 2022 ..
Ibizacinefest will present a report made by Ángela Bosch specific to each project and will subsequently attend them personally in a one-to-one session to finalize the 1-hour advice.
The maximum duration of each Pitch will be 15 minutes.
Initial projects, finished scripts, projects in pre-production, works in progress and final cuts are accepted.
The selected projects will be notified on 02/15/2022 and the deadline on 02/28/2022 to deliver the files with the required specifications that will be communicated along with the selection notification.
RSVP
Ibiza International Indepedent Film Festival-Ibizacinefest
Date: Mar 11, 2022
Time: 1:00am to 1:00am
City: sant josep de sa talaia
Entrance Fee: $12-30
Phone: +34620434864
Email: ibizacinefest@yahoo.com
Google Map

After carrying out the 2021 edition in hybrid format through Filmin, with almost 24,000 viewings and in audiences on the Island as the restrictions caused by Covid-19 have allowed it, this edition being extended by 2 months, the International Independent Film Festival de Ibiza continues in its sixth edition with its two parallel objectives of bringing the most courageous and cryptic auteur cinema to our island, and at the same time, as a markedly territorial festival, quality independent cinema that will reach commercial theaters in the peninsula, but never to Ibiza.
We believe in committed auteur films, with necessary points of view, that can move in depth and form up to the margins of the norms of commercial cinema, with total creative freedom.
Understanding the cinema as an essential tool for social awareness, we highlight and organize sections for the promotion of gender equality, migration problems or environmental sensitivity, with specific programs for Institutes on the Island.
Our commitment to the film industry is reflected in our professional sections. The organization of 5 Professional Conferences so far, a contest for scripts of short films with a cash prize and pitchings for feature film projects are the axis of our current activities, complemented by workshops and master classes adapted to the level and need of audiovisual professionals in Ibiza.
Our main official sections try to reflect both socio-cultural situations and problems as an open window to the world, in the case of "Panorama", such as emphasizing experiences in characters that can be extrapolated to any person "Humans in focus".
The short film is not complementary, dissected into 4 official sections and programmed together with feature films in official and parallel sections such as “Fem-Cine” or “Be-Blue Think Green” is treated as a genre in itself.
RSVP
Titles: 1 - 13 of 13
1
Per page: 20 | 40
Sign Up for InkTip