Florida's Original Horror Film Festival! Started in 2003 The Halloween Horror Picture Show has screened 100's of Short and Feature Films giving Independent Filmmakers and opportunity to screen their films to the fans and also to introduce their work, have Q&A's and even sell their merch!

Many genre stars have been Celebrity Guests at previous events and vendors from all over come to sell Horror related items. It's a great place to network and get your film seen by the people who want to see it most!

Celebrity Judges this year include:

The FANtastic Horror Film Festival in San Diego, CA is dedicated to bringing the latest and cutting edge Indie Horror films to the local community, It is a 3 day festival over Halloween and shows 30 + Indie Horror Short and Feature films. Following the Fest we have an Award Ceremony to celebrate our award nominees and winners. We are an official event on IMDb. For more information please go to our website http://www.fhffsd.com
RSVP
Friday Night Social “Networking” Event – November 6th
Date: Nov 6, 2020
Time: 5:30pm to 8:30pm
City: Los Angeles
Entrance Fee: FREE!
Phone: 8887969673
Email: info@scriptwritersnetwork.org
Google Map

Our POPULAR Friday Night Social “Networking” Event is a networking event that meets the first (1st) Friday of every month. It started as a way for TV and feature writers to meet one another and has evolved into so much more. This event was established in order for you to personally meet people and network yourself and your project(s).
RSVP
NZ Web Fest
Date: Nov 14, 2020
Time: 10:00am to 11:00pm
City: Auckland
Entrance Fee: $25-99
Phone:
Google Map 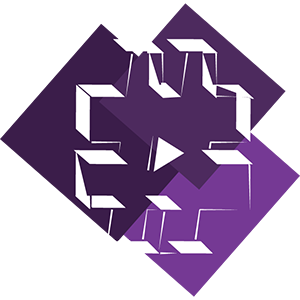 The Festival provides audiences a diverse lineup of titles from around the world. Past entries have represented over 43 countries. The Ojai Film Festival gives filmmakers access to a highly appreciative audience of savvy film fans. That the Ojai Film Society’s Program Director, Steve Grumette, continues to receive invitations to serve as a juror at other festivals reflects the growing importance on the Ojai Festival. This recognition of Ojai’s festival is reflected in the fact that legendary Hollywood producer Peter Guber told the audience at a recent Toronto International Film Festival that “Ojai is the next Telluride.”
RSVP
RIFF Awards
Date: Nov 19, 2020
Time: 1:00am to 12:00pm
City: Roma
Entrance Fee: $7
Phone: 00390645425050
Email: info@riff.it
Google Map

Since its first edition in 2001, RIFF has become an event that is followed with more and more interest by the public in Rome and a reference for worldwide filmmakers. In these years, the Riff has received works coming from the 5 continents, ending up being an attentive witness
representative of the directions and passions of the independent film industry. An international vocation that has found expression in the right choice during the film selection (giving priority to national and international preview).
RSVP
14th Waterford Film Festival
Date: Nov 20, 2020
Time: 7:00pm to 10:00pm
City: Waterford
Entrance Fee: $10-15
Phone:
Google Map

Waterford Filmmaker Stephen Byrne founded the festival in 2007. The festivals objective is to add to Waterford's arts and cultural scene, promoting local, national, and international filmmakers & writers but in particular independent film.

The festival presents short films of a wide range of genres including drama, thrillers, horrors, comedy, Sci-Fi and films that engages with social, political and cultural issues. Each year we produce a series of events that are creative, intriguing, fun and entertaining. The festival also encourages networking social meet ups and for the audience to meet the filmmakers.

Filmmakers from across Ireland, UK, France, Germany, Holland, Spain, Greece and as far as Canada and USA have attended the festival. It is estimated that since the festival was established in 2007 that the local economy have benefited from the festival in excess of €650,000 in tourism.
RSVP
Scripted Audio Is Having Its Moment… Again
Date: Nov 21, 2020
Time: 1:00pm to 3:00pm
City: Los Angeles
Entrance Fee: $30.00
Phone: 8887969673
Email: info@scriptwritersnetwork.org
Google Map 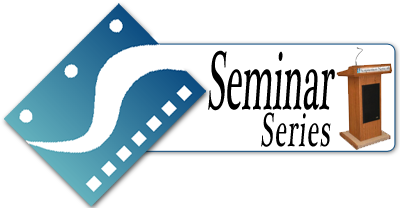 ​Mediterranean Film Festival Cannes highlights a selection of best films from around the world, November 27th-30th 2020
The festival aims to promote independent filmmakers and innovative work that take risks and move the frontiers from the boring and most of the times empty conventional to the artistic initiating strong emotions and out of the box exceptional. It equally aims to give the opportunity to independent filmmakers to showcase their work free of commercial constraints.
Mediterranean Film Festival Cannes is an IMDB
Awards listing Qualifier.
RSVP
Sport Film Festival
Date: Nov 29, 2020
Time: 9:00pm to 12:00pm
City: Palermo
Entrance Fee: $50
Phone: 3911176872
Email: r.oddo@sportfilmfestival.it
Google Map

An almost 40th year history, that of the world’s oldest Festival. Sports pages have been written by great film productions from all over the world, suggestive emotions have been transmitted by hundreds of sports champions, who have been awarded the Paladino d’Oro, have enriched the festival’s palmares, now they start again with the organizational machine that also for this year it foresees the participation of great productions and great protagonists of sport and sports journalism. The Organizing Committee of the International Film Festival “SPORTFILMFESTIVAL”, directed by Roberto Marco Oddo, selects at each edition works that have as main subject the sport in its various expressions and in all its manifestations.
RSVP
12th Annual New media Film Festival
Date: Jan 2, 2021
Time: 4:30pm to 10:30pm
City: Los Angeles
Entrance Fee: $30
Phone: 3102881100
Email: info@newmediafilmfestival.com
Google Map 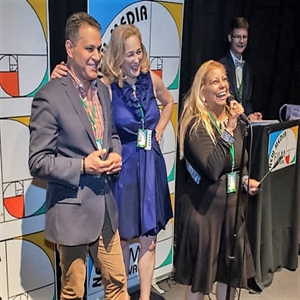 New Media Film Festival®, a unique and comprehensive festival created in 2009 that celebrates innovation, stories, mediums and platforms, begins production for its 12th annual festival occurring June 2 & 3 2021 . Ever-evolving technology has become a staple in our daily lives, we continuously strive to produce a festival that highlights and honors the hard working and up-and-coming content creators in the New Media Industry. Through our unrelenting desire to advance various film media, projects have received funding and distribution, deals have been made, and strong lasting relationships have been built at our festival. The empowering use of new media as a catalyst for storytelling and technology has allowed the New Media Film Festival to honor the stories worth telling.
RSVP
Destiny City Film Festival
Date: Feb 19, 2021
Time: 6:00pm to 10:00pm
City: Tacoma
Entrance Fee: $0-75
Phone:
Email: destinycityfilmfestival@gmail.com
Google Map 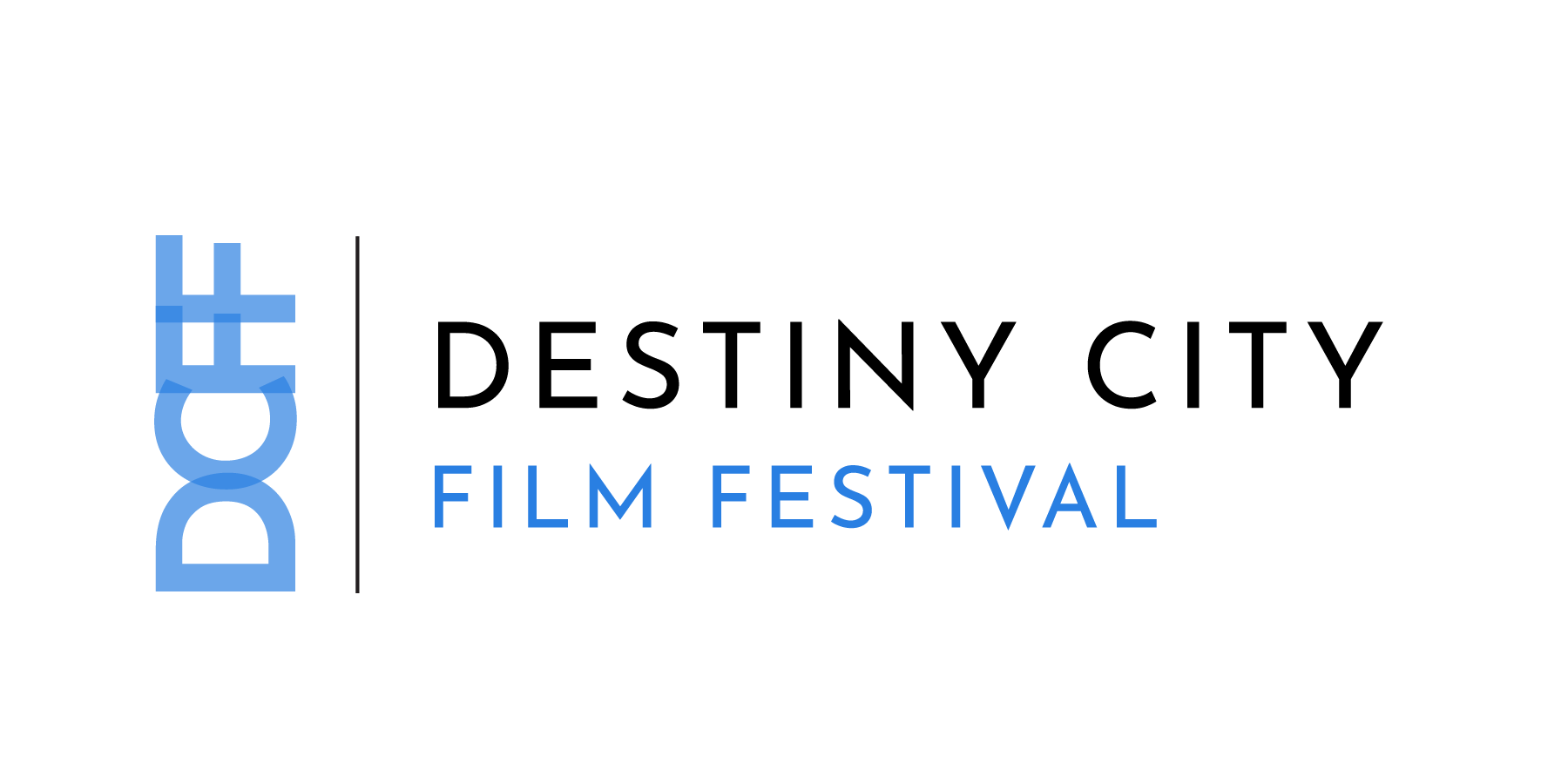 The Destiny City Film Festival is a homegrown, true-Tacoma community event, inspired by our city’s nickname – The City of Destiny – and built to showcase the best independent films from the Pacific Northwest and beyond. Our mission is to use the power of vibrant cinematic storytelling to curate an engaged community audience for independent film. Audiences and filmmakers attending the 100% volunteer-run festival can expect top-quality programming of films, workshops, and panel discussions.
RSVP
TIFA
Date: Mar 4, 2021
Time: 4:00pm to 1:00am
City: toronto
Entrance Fee: FREE!
Phone: tbd
Email: info@tifa.ca
Google Map

TIFA, the Toronto Independent Film Awards Inc. (formerly known as Toronto International Film and Video Awards Inc. TIFVA) is dedicated to awarding and showcasing the best independent films from around the world.
TIFA was started by independent filmmakers who understand the process of submitting to festivals and the challenges met when trying to get recognition for their work by professionals in the industry. That’s why TIFA offers so much – we want to support filmmakers and writers in any way we can!
TIFA’s core beliefs are the following – Accessibility, Equality and Diversity.
At TIFA we believe that everyone should be given equal opportunities to express their talents in film. For this reason TIFA screens and awards films and screenplays from every country, in all genres, and a range of independent budgets.
To help level the playing field we accept feature films in four sub-categories based on the project’s budget so films are not competing against others made at higher budgets. We also highlight categories that are often overlooked such as experimental films, web series, animations, music videos and children’s films.
TIFA is a strong supporter of diversity in filmmaking. Everyone has a story to tell and promoting diversity in the industry can only make it better. This year TIFA has received submissions from over 40 countries as we continue to expand our reach year after year. Our nominee list from 2015 included submissions from 18 countries! TIFA also believes in providing a platform for underrepresented groups in the industry to showcase their efforts through focused panels and events such as our women in filmmaking panel and various networking events.
RSVP
12th Annual New Media Film Festival
Date: Jun 2, 2021
Time: 4:30pm to 10:30pm
City: Los Angeles
Entrance Fee: $30.00
Phone: 3102881100
Email: info@newmediafilmfestival.com
Google Map

Los Angeles, California - New Media Film Festival, an award-winning and innovative festival, is pleased to announce new dates for the 12th annual New Media Film Festival®, June 2 & 3, 2021. The goal of the festival is to honor stories worth telling through technology, innovation, storytelling, and media platforms.
Ticket sales are at www.newmediafilmfestival.com/schedule
Since 2009, New Media Film Festival® provides an unparalleled opportunity for established and emerging technology and creators of Content to showcase their talents and present their stories to the world.
Some of the festival firsts are, first to celebrate ‘innovation, story, mediums and platforms’, to screen AI created film, show collaborative virtual reality content, host an AR International Art Exhibit, and distribute micro content. The Festival also believes in giving back and over the years has supported a wide range of non-profit ventures.
Judges from Marvel, HBO, Emmys, program ‘stories’ submitted in 28 categories produced by technologically innovative storytellers from around the globe. Some of the creators will be old hands at the game, and many won’t be, but ultimately it matters not at the New Media Film Festival®! Emerging media technologies are, after all, new for everyone.
In addition, the call for entries for the 12th New Media Film Festival® has opened, slated for June 2 & 3, 2021. Content creators can put their innovative work forward and join the festival’s unique community of content creators at www.NewMediaFilmFestival.com

“New technologies have empowered and enabled creators outside of a studio or network system to make their own movies and develop cutting edge entertainment. Affordable cameras and editing software allow artists to create and express their skills for a multitude of new distribution platforms,” says Emmy and Golden Globe nominee Matthew Modine. “We are presently [a] witness of how storytelling is being redefined in the 21st Century. New Media Film Festival highlights and showcases what will come next.”

Next Generation Indie Film Awards supports filmmakers through its annual awards and other programs. We endeavor to assist filmmakers at any stage of the filmmaking process in reaching an audience, and we aim to advance filmmakers’ careers through services, education, and resources. Our organization has provided financial backing for more than 50 independent short film projects.

INDUSTRY RECOGNITION
All award winners and finalists are provided with a laurel which may be used for their own marketing and promotional materials.

THE WINNERS AWARD
In addition to industry recognition and rights to use the prestigious Next Generation Indie Film Awards laurel, winners also receive a shiny gold statuette to commemorate their outstanding achievement in their respective independent short filmmaking categories.

” What a wonderful evening celebrating creative talent from across the globe!” – Kate

“Thanks for your attention for Genesis 88 and your friends great festival and great experience! We return the next year!” – Jordi Paris

“We saw the other winners, and there are some truly great series, congratulations!” – Rose of Dolls

“We would like to express our gratefulness for recognition and acknowledgement.” – Cedra Wal

FIVE CONTINENTS INTERNATIONAL FILM FESTIVAL is an online festival, with LIVE SCREENING of the winning films; is a monthly festival of world cinematography, where feature films, short films, videoclips, webseries and video arts from all over the world come together to compete for the various prizes of the festival, but In addition they obtain the greater satisfaction of a filmmaker: that his work is seen by the public. Therefore, there is a prize that is granted by our subscribers, when viewing the film.

The filmmaker can choose not to place his film for online viewing, in this way, will not participate in the audience prize.
RSVP
Titles: 1 - 18 of 18
1
Per page: 20 | 40
Sign Up for InkTip