Log in to get submission discounts, take notes and favorite festivals.

Our 13th edition includes more screenings and curating programmes for other festivals across the UK & Internationally. with prizes and trophies and our international film festival partners! 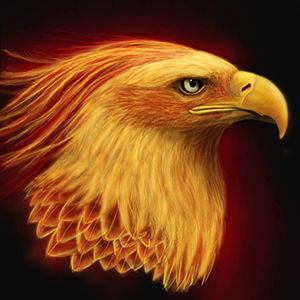 Our trophy is now a beautiful crystal eagle head that can be shipped worldwide !

Our jury determines the best films in each category. Note that we do NOT screen all films onsite. You have to be nominated and you have to send your film in the Live Screening category as well. Our goal is to help filmmakers take the next step in their career.
Our jury is composed of award winning filmmakers who perfectly understand the hard work put in independent filmmaking !

Trophies will be offered without charge to the best films of the year (Best fiction film, Best Documentary, Best Animation). As a VFX company, we are offering a free VFX 3D modeling package to all award winning filmmakers of all seasons and in all categories, which includes a 3D character (creature) or 3D model ready for production that you can choose from our 3D store. All films will receive a score card and we make interviews either by phone or writing with all winners ! Those are then shared on our social media.

Since 2016, the Oil Valley Film Festival's mission is to bring the voices and films of new and established filmmakers to the heart of Venango County, an area underrepresented in the world of film. Located in Oil City, Pennsylvania, and nestled in the foothills of the Appalachian mountains, attending the Oil Valley Film Festival will grant you the experience of watching engaging cinema within an intimate community with a rich history.

All selected films will compete for various prizes and/or accolades. You can read more about the festival here: https://en.wikipedia.org/wiki/Oil_Valley_Film_Festival.

Eerie Horror Fest is a four-day event held every October that brings together industry professionals from all over the world for screenings, panel discussions, workshops, and networking. We showcase all levels of horror genre entertainment that provides a platform for professional development and growth, promotes creative culture, and paves a path for new professionals to the industry.

The Eerie Horror Fest will take place October 4-7, 2023 at the historic Warner Theatre in Erie, PA.

Each selected feature film and pitch competition project will receive hotel accommodations for the duration of the festival (1 free room per film/project).

BEST OF THE FEST - $1,000 cash awarded to best Feature or Short Narrative or Documentary film. Plus a "Skullie" award designed by "Monster" Mark Kosobucki.

PITCH COMPETITION WINNER - Consulting package from Blood Oath*: 2 sessions/1 hour each to discuss the project and give development notes with the possibility of becoming a Blood Oath project. Plus a "Skullie" award designed by "Monster" Mark Kosobucki.

*Blood Oath is a curated group of like-minded, passionate experts in independent film, with an emphasis on genre filmmaking. For more information: https://www.jointhebloodoath.com

PVIFF is hosted by Gipp. Museums, Inc. PVIFF attracts 3,000+ people each year from around the world. PVIFF was created in 2006 under the previous name (Sweet Auburn International Film Festival) and have served as the launching pad for many successful filmmakers and other artists alike in the film & entertainment industry. This dynamic international film festival showcases feature length films, shorts, music videos, documentaries, and screenplays from around the globe. PVIFF also feature celebrity attractions, innovative workshops, panels, parties, and much more. PVIFF is one of the most celebrated film events through dynamic programming and a dedication to helping filmmakers excel in their careers. PVIFF's brand is entrenched in the old saying "It Takes A Village."
Submit Prizes Get a Discount Log in or register here to get discount details
GeOFF
Natural
Final Deadline
Winners Notified:
Oct 7, 2023

* Our film festival awards over $50,000 in prizes annually.
* One of the leading smartphone film festivals in the world
* Festival Ambassadors include Phillip Noyce, Kriv Stenders, Kerry Armstrong, Nicole da Silva and Jon Bell.
* Selected films will screen at our live festival in Sydney, Australia and in our Online Festival in November, 2023.

SF3 - the SmartFone Flick Fest is Australia’s international smartphone film festival and one of the leading and most innovative film festivals in the world.

Open to filmmakers of all ages from every country; from first-time filmmakers to professionals and from kids, tweens and teens all the way to adults. As long as your film is shot entirely on a smartphone or tablet, your film is eligible for submission.

Our esteemed judging panel consists of the cream of the Australian and Hollywood film industries all here to celebrate mobile and tablet filmmaking.

1. The SF3 Best Film for short films 20 mins and under. The films must be entirely shot on smartphones or tablets, with the exception that a very minimal amount of Drone footage is allowed. The films can be edited on any device and with any program and external equipment like lenses and mics can be used. Within this category we will also award the #FILMBREAKER Award for first-time filmmakers and the Luma Touch Finished on Mobile Award for films both shot and edited on a mobile device as additional prizes. The Official Selection from this category will be screened in our 2023 Gala Finals and will vie for our top prizes.

2. The SF3 Best Feature Film. This is for feature films shot entirely on smartphones and tablets. A minimal amount of drone footage is allowed. Films must be from 40 mins and no maximum.

3. The SF3 Kids Award for filmmakers 16 and under at the time of filming. All films must be shot entirely on smartphones and tablets. A minimal amount of drone footage is allowed. The time limit is up to 10 mins. Longer kids film that are really fantastic and justify being longer will be accepted with permission from us at sf3@sf3.com.au

5. The SF3 Mini Mobile Award is for films up to a maximum of 3 minutes in length, in any genre.

Everyone has a great idea for a short film and a potential movie camera in their pocket, so no excuses. Here’s your chance to start filming and be in the running to share in over $50,000 worth of prizes awarded annually, and have your film screened on one of Australia's premiere screens in front of a global audience at our 2023 Festival next November plus at SF3 Online Virtual Festival.