How to Write for Television

To write Television drama well, to converse with those who can make your drama a reality, to sell yourself as a creative talent and your ideas as viable, you need to have a dual mind set.

The Creative and The Commercial.

I have written around this subject before and some of you may have seen me present my talk on this very subject at The London Screenwriters' Festival Sept 2016 - it is a subject close to my heart.

But I am here in Blighty, and many of you are across the pond in the US so I want to condense down the essentials from this talk that you can keep as reference as you go along your writing journey.

Essentially, there are three things to keep in mind when you embark on any creative endeavour aimed at the television makers and audience.

Choose your words carefully. Do not meander or shilly shally – aim for what it is you truly mean and say that. And only that. Every time. Stay true to the original idea - the essence of what you want to say - and your discussions will always come from a place of integrity. You will gain confidence this way.

Do not make the mistake of believing that the producer reading this Treatment/Outline/Pilot will understand what you know to be true in your story. You need to make sure the text and what lies beneath it, the subtext, are both as clear as each other. Do not assume the person/people with whom you are attempting to communicate automatically speak your particular lingo. Make every creative choice regarding plotline, tone, character development and visuals in a decisive, committed manner. The clarity of what you are saying and how you are saying it will make all assumptions null and void. There will be no need to assume because your communication is creatively clear.

Writing Television drama, or indeed any creative endeavour, is entirely subjective. The experience of both writing and receiving the narratives you wish to share is, again, a dual-edged thing:

It is personal to you.
It is understood by many.

As your project develops with the input of those that can make it happen, you will receive many notes, many opinions and many ideas. Take none of them to your own personal heart. This is about the work. It is an extension of you but it is not you. Own what you create and then get used to quickly sharing it. Be the writer everyone likes to work with.

I work with all different types of writers: those who are experienced in their craft, those that are just starting out and those at a mid-point in their writing careers.

It doesn’t really matter at what point you would place yourself on this spectrum of the writing journey; what matters is that you are actively and determinedly applying yourself to the business of writing something every day.

This act is what separates you from those people you meet who say ‘I am a writer - I’d like to write more but I don’t have the time.’

I say, make the time. The fact is, if you don’t make the time, it’s because deep down you don’t want to do the deed - to write your stuff - enough. End of. And that’s fine. Writing is not for everyone and it isn’t for those who want a quick fix or immediate satisfaction.

Writing is hard. It takes FOREVER.

But the good thing is, if you are writing, or aspire to write, for Television, you will, (once you have managed to open the door to a production office a crack by sheer force of will and your talent) by quickly embracing by what I refer to as the Development Factory Process.

This is why I love Television. Things happen to deadline. There is very little procrastination or what I call ‘mithering about’. This is because producers are cash rich but time poor. They want your ideas. They want your talent. They don’t like to read much and they make decisions pretty quickly. Time is money.

So you need to harness your creative brain and give them your fabulous imagination, story and characters in the format they expect and with a professional, succinct, engaging aplomb.

A sheet of A4. The whole story - from beginning, the middle and the end - presented succinctly, in an engaging tone and with just the right amount of ‘fizz’ to the language to entice and hold your potential producer. At the centre, like that little circle in the middle of a bicycle wheel, sits your main character or characters. From this point, all your storylines radiates outwards like spokes on that bicycle wheel. Get the essence of your story down - distil it to its essence. This is the Pitch Page.

The Treatment - I write in more detail in the talk I posted a link to earlier on here, so suffice to say, this document is the DNA of your television idea. Here you need to lay out in an easy to read, easy to assimilate format:

The Story in essence

The Character Bios and their main Story Arcs

The Broad Strokes of the storylines going forward.

This is the story as it pans out across the series format as a whole. If you have a series in mind that is more than six episodes (and the US formats often are much longer than the series formats of the UK television landscape) then I would suggest you map out in broad strokes, the main over arcing story lines of each episode up to the half-way point. Producers want to be reassured of the longevity - the staying power - of this series idea but they do not need to know, nor will they want to, how every minute pans out and what the content of every episode is. This is a mutual creative experience. When a producer puts their time and therefore money into a project, they will want their input felt so do not prescriptively write the story line for every episode. Collaboration is key here.

These documents are the shorthand for a longer and much more layered and complex conversation you will have with your potential producer, your script editor and yourself.

Get used to having to express yourself in clear, succinct, well-structured formats. Producers will love dealing with you and you will grow both creatively and in your commercial prowess if you nail the writing of these key documents.

I can take your script or idea to the next level. Hone, tone and craft it with expert Script Editing help. 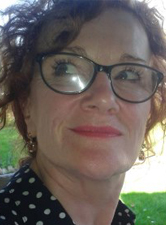