Tips for Writing Suspense in Horror

Suspense: a state of excited or anxious uncertainty about what may happen.

The best horror scenes put to film are because of masterful use of suspense. The key word in the definition above is uncertainty. When the audience doesn’t know what to expect, it keeps them on the edge of their seat. (Even better for horror films, the audience is in the fetal position covering their eyes).

Like most genre films, there are certain expectations that people take into horror movies. It’s up to writers to subvert these expectations and turn them on their head to create palpable suspense.

Here are a couple of tips on how writers can incorporate suspense into their scripts. 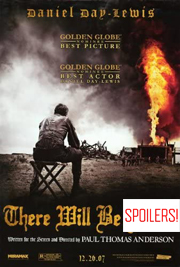 ...and Daniel Day-Lewis won't be in any of them.

With horror, never give the viewer all the answers. Instead, writers should constantly pose questions and delay the answers as long as possible. Even when giving an answer, make sure it leads to more questions. A good way to do this is by withholding the monster.

An example of an effective use of this technique can be seen in Jaws. The shark doesn’t actually appear on the screen until around the 80 minute mark, and finishes with only about 4 minutes of screen time. Spielberg hides the monster so that you can’t answer a central question of the film: How big is this shark? Instead, he lets the audience fill in the blanks themselves because he knows that their imagination is scarier than any monster he shows onscreen. 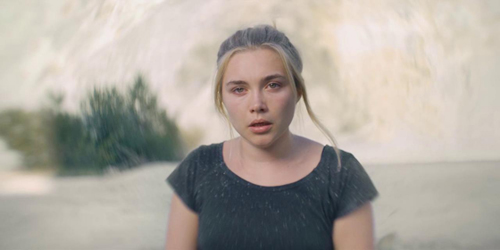 Take a film like Midsommar where 4 of the main characters are outsiders who travel to Sweden for a mysterious festival. These characters, like the audience, have no familiarity with this festival so every reveal is that much more surprising. Ari Aster both builds a sense of uneasiness while also lulling his audience into a false sense of security. Just when the audience thinks this festival is simply weird Swedish traditions, one of those traditions is revealed to be the double suicide of two village elders. Since the characters and audience both have the same experience, their horrified reaction is the same.

While it may be tempting to include a bunch of scary moments, it’s better to take a deep breath and slow down. It’s not about what frightening things happen in a story but how they happen. The longer the audience has to wait, the stronger their sense of dread. 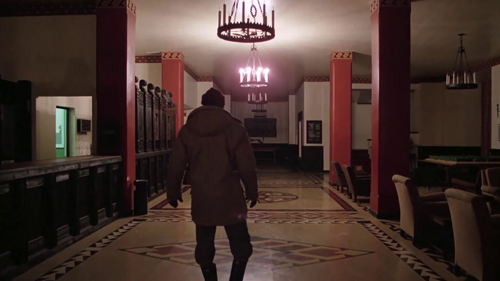 The Shining is widely considered a horror masterpiece because of how Kubrick uses the slow-burn approach to telling the story in each individual scene. One of the most famous scenes is when Dick Hallorann searches the Overlook Hotel for the Torrances. The viewer feels an unbearable sense of dread that Jack Torrance will attack at any moment. By the time he does, it was well worth the pay off.

Horror films are known for how well they manipulate the audience through sound. A well-timed creaking door here or an unexpected shuffle of footsteps there can send goosebumps down everyone’s spine. However, it’s important not to overlook the reason why horror sounds work: silence. Silence amplifies the creepy noises. Let the audience have to endure the uncomfortable silence as long as possible, and then keep them there a little longer. 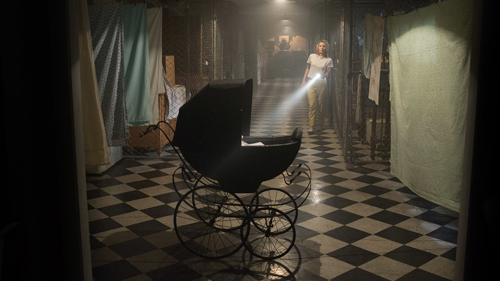 In Annabelle, silence is used to generate highly effective scares. One such scene is when Mia is in the basement of her apartment complex at night. The silence in that scene allows the audience to focus on her panicked breathing and the sound of a crying baby. It lures the audience in until the scare is fully realized.

Dramatic irony is when something is revealed to the audience but not the characters. Using this technique is a guaranteed way to build suspense. From the perspective of the audience, the mystery becomes not what will happen but when and how it will happen. When used well in a horror film, it can be truly terrifying. 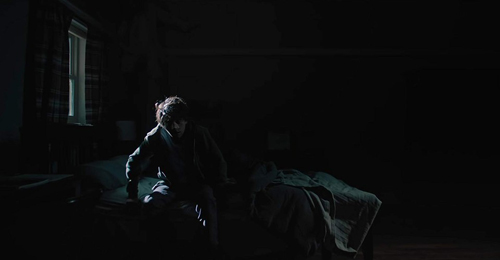 A great example is used in another Ari Aster film, Hereditary. In the final sequence, the audience is aware that Steve is dead and Annie is possessed. However, Peter doesn’t know, and the audience follows Peter throughout the house. Aster kicks the suspense up a notch by showing Annie lurking in the shadows, just out of Peter’s sight. For nearly five minutes, every viewer waits for the inevitable.

“There is not terror in the bang, only in the anticipation of it.” – Alfred Hitchcock

There’s a reason Hitchcock is known as the “Master of Suspense.” He coined what’s known as “the bomb theory.” The theory states that if two people sit at a table, talk, and a bomb goes off (jump scare), the audience will be shocked for 5 seconds. If the audience sees the bomb under the table before the conversation, they’re tense for the entire scene. Jump scares are a staple in the horror genre, but it’s important not to get carried away with them.

While the aforementioned Hereditary scene is a clear example of how Hitchcock’s bomb theory works, another film that uses it to great effect is, It Follows. Despite a few jump scares, the main source of suspense in David Robert Mitchell’s horror masterpiece follows the bomb theory. The film establishes early on that the monster can transform into anyone. The audience is never sure if the background characters are the monster. That provides the suspense throughout the entire film, from the first shot to the final shot. So even when the characters are simply conversing at a restaurant, the audience waits for the bomb to go off.