In the cut-and-thrust world of television drama series production, can creativity work hand in hand with commercialism or does one override the other?

I have worked in television drama production for 20+ years, and when I was starting out as a wet-behind-the-ears script editor on the UK popular soap EastEnders, the first question I had to learn how to answer very quickly was “why would an audience want to watch this?” 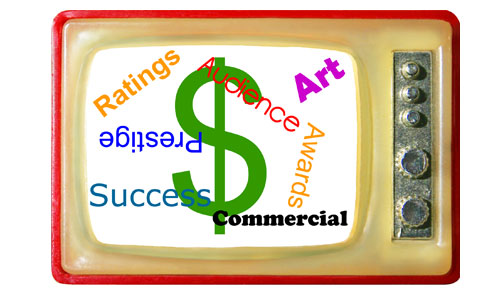 The Mindset Writers Need in Television:
The knotty issue of how to strike a balance between the art form of storytelling and the need to keep feeding the ratings machine has pretty much absorbed my working hours ever since.

I love originality. I love a different voice. Producers (like I was for years before turning script consultant) are always on the lookout for that new thing, that new angle, that new “take” on a long form drama. And I was no exception.

But a TV drama producer worth their square footage of office carpet must always bear in mind the need to make their development slate not only fresh, but also able to pack a commerical punch. Ratings and audience appreciation are the boxes in need of ticking.

So I tell my writers here at Script Advice Towers that in order to truly make your mark as a television writer, and if you want to cement your place around the story conference table of a series drama (until that golden shining day when it is YOUR series drama that is in discussion around that table) you need to get to grips with tackling the essential commerciality of an idea as well as the originality of it.

You see, there is an adage that stays true no matter how much one talks about “the art” of writing or the creative drive or the essence of a writer voice, and it is this:

Creativity must marry commercialism in order for the series to work on television.

If those two facets of the development and writing process are present in the series from the outset, then we will all come to the wedding.

The fact that producers want an idea that will return them great ratings for their budget outlay must be taken seriously by writers keen to have their voice heard. So we are in this together.

Symbiosis must be at work here. There is a dual need between producer and writer to create something different, creative, from a genuinely artistic, credible foundation and to make this dramatic idea into a saleable, water-tight, competitive format.

Television writers have to be multi-faceted by nature.

They are the creator, the artist and the draftsman. They must draw up a blue print for this drama series and make sense of the original artistic splatters. Then, they don the plumber’s hat because they also need to be a hands on, practical sort of person. The sort that can work out all the connections between storylines and know how to best maximize the junctions of all of the story pipes laid down. If need be, television writers need to know how make their drama series flush - actually work.
Television drama is that illusive hybrid of hard-nosed commercialism and genuine artifice.

Containing and controlling an idea from the beginning then is a necessary process in television development.

Television drama loves documents. The expertly crafted ones give an idea from the embryonic stages, a fighting chance of survival as the idea goes through the various levels involved in getting a television drama series off the ground.

I wrote a blog about the subject of working with documents in television entitled “The Famous Five” here.

I am of the school of thought that creative endeavour is aided, not constricted, by the use of treatments, outlines and series outlines. In a world where each second on screen counts, a plan before the writer starts to craft the pilot episode is vital.

Television drama feeds off ideas. Dramatic stories form the vital food group all television production and broadcasters need. So the journey to the door, which we endeavour to open, begins with your idea.

Make it a commercially savvy one as well as being a creative and interesting one.

Television drama producers want to make money, appeal to a mass audience, and deliver quality on time and on budget. No one wants to lose money and fail the ratings war. So ideas must be buoyant, strong, and have a rock solid human appeal.

There is a reason why there is a steady stream of “precinct” dramas like Holby City (UK) or House (US) and Silk (UK) or The Good Wife (US) on television. Although these examples are obviously clearly different creatures, they are formed from the same gene pool. Their DNA is similar: A format you can return to and a strong set of characters to which we can relate. Both common procedural types (medical and legal,) are informed and infused with relatable characters and cracking story lines that have immediate resonance and impact on a wide ranging audience demographic.

Often the strongest dramas on television are those that cover tried and tested ground but come at the subject from an oblique angle.

In television it is all about the angle. In Broadchurch (UK), Chris Chibnail cleverly focused on the impact the suspicious death of a child had on the community that child lived in. In House (US), the usual medical precinct was turned to focus through the eyes of a brilliant, tortured, maverick consultant.

If you are coming up with ideas that you then frustratingly see on screen, celebrate, don’t get bitter. You are doing it right. You have tapped into the Zeitgeist. You just have to keep doing it because you will eventually be one step ahead of it, and that is just the right place to be for a television writer.

Embrace the commerical, nurture the creative. That’s the way really good telly is made. 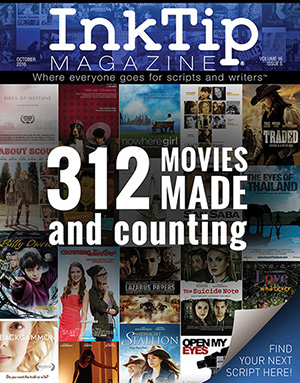 InkTip: Where everyone goes for scripts and writers