When I was a kid, I was a talented pianist. Or so I had been told by everyone. I was “born” with perfect pitch. I could hear a melody on TV and immediately play it on the piano. I could hear a song and know the singer was off pitch. In fact, if I had heard enough of a popular, simple song, say, “Hot Cross Buns” or “The Entertainer,” I could sort of wing it instead of meticulously read the sheet music.

People would praise me. I’d perform music from video games or TV theme songs or even an improvised version of Bach and they’d say, “Wow, what a talented kid!” You see, I could read sheet music, but I preferred to rely on my talent to improvise and play pieces the way I wanted. I rarely practiced.

Each week during piano lessons, my piano teacher must have been frustrated that I didn’t practice enough that week yet I had enough talent to “get by” and move on to the next piece. Why was she frustrated? Because she knew I relied on talent.

I never forgot the day I lost my first piano recital. I could tell Susan had practiced much more than I had, and so it shouldn’t have been a surprise when I came in 2nd and she walked away with 1st.

Frankly, I had the wrong mindset. Does this sound familiar to you or someone you know?

There’s a famous psychologist from Stanford University, Carol Dweck, who established the idea of “mindset.” Of these two contrasting mindsets, she says:

“In a growth mindset, people believe that their most basic abilities can be developed through dedication and hard work—brains and talent are just the starting point. This view creates a love of learning and a resilience that is essential for great accomplishment. Virtually all great people have had these qualities.”

Sounds simple, right? If you have a fixed mindset, you believe intelligence and talent are something you’re born with and, well, fixed. In other words, you might say, I was born a gifted writer. But if you stop there, and don’t further develop those talents enough or neglect your not-so-talented areas, then you have a fixed mindset. Now this doesn’t mean that people aren’t born with intelligence (or rather, various measures of intelligence, but that’s for another discussion) or natural abilities or predispositions to temperaments, but many people rely on those in their life, in particular, when they’re young, which creates problems down the road.

How do you spot people with a fixed mindset? It’s revealed in how they deal with challenges. It’s revealed in how many hours they put in developing their talent. It’s in how often they’d rather hear “You’re talented!” than “You worked so hard on this!” Dweck says, “People may start with different temperaments and different aptitudes, but it is clear that experience, training, and personal effort take them the rest of the way.” It’s why she recommends you don’t tell your kids “You’re smart!” very often, but instead, sparingly say, “You read that very well!” Because when you constantly praise people for their broad, natural abilities, it can foster a fixed mindset, and “the minute they hit a snag, their confidence goes out the window and their motivation hits rock bottom.”

The Wall Street Journal cites a study Dweck conducted where a group of children took three tests. The second test was difficult enough so that all children failed. What Dweck and the scientists discovered was that kids who had been praised for their effort recovered from that failure by the third test to achieve scores 30% higher than on their first test. Meanwhile, the students who were praised for their intelligence had scores that were 20% lower. Ms. Dweck’s conclusion: You should praise children for qualities they can control, like effort. Those praised for their innate brainpower might develop the sense that hard work isn’t necessary. 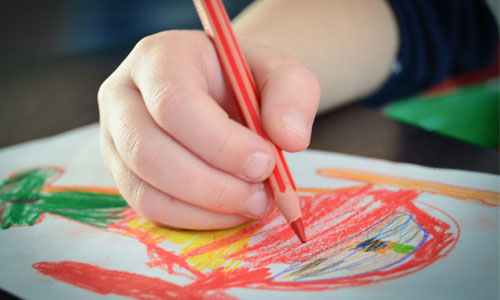 Your aptitudes may feel innate, but relying on that may be risky and possibly detrimental.

A growth mindset on the other hand means you are open to change. Dweck expands on this: “IF, like those with the growth mindset, you believe you can develop yourself, then you're open to accurate information about your current abilities, even if it's unflattering. What's more, if you're oriented toward learning, as they are, you need accurate information about your current abilities in order to learn effectively.”

How many of you have taken screenwriting courses with a sizeable group? One thing that becomes apparent, especially in a beginner’s class, is that those with a fixed mindset and growth mindset already emerge. The person with the fixed mindset may be extremely defensive when you critique their work, they may glow with praise, and they may say things like, “I can’t believe that movie got made. I’m such a better writer than he is!” Now there’s nothing wrong with standing up for your work, enjoying compliments about your writing, recognizing that you have skill, and critiquing a movie you’ve seen. But contrary to those with a fixed mindset, people with a growth mindset often ask questions like, How can I improve? In which areas are I’m lacking? What can I work on next?

Here are questions I want to ask you this week: How would you assess your mindset? Is it fixed or growth? How can you apply this to how you face challenges in your writing? Have you become too dependent on talent? Do you constantly ask yourself in what areas of your writing (or in marketing your writing) can you improve?

I recently attended the premiere for Scout, a charming coming-of-age dramedy directed by InkTip writer/director Laurie Weltz. She had actually been nominated at Sundance for her first feature Wrestling with Alligators in 1998. That was her last directed feature. Now I’ve been in this business long enough to know that 17 years passing by is enough for most directors to “give up.” They move on and abandon the industry. But here we are 17 years later and Laurie is back directing a film with a star-studded cast. As she put it, “Don't give up. It's a really hard business and perseverance goes a long way.” As Laurie and many other filmmakers who experience a bit of early success often tell it, they expected a lot more opportunities to sort of come to them. Fortunately, Laurie kept at it, putting in hours working on her craft while raising a daughter (actress and star of Scout India Ennenga).

Maintaining effort and perseverance are definitely results of a growth mindset. Yet what happens to “talented writers” who don’t find later success? Is it as simple as they don’t work hard or persevere long enough? What if you work hard but still fail? In a few weeks, we’ll explore some particular reasons why talented writers fail. But for now, ask yourself: Do I have a fixed mindset or growth mindset?

I’ve since learned areas in which I had let a fixed mindset overcome me. First, I had to recognize why I was nurturing a fixed mindset. What were the mental roadblocks? Once I dug deep, I was able to have a cleared picture of what I need to work on in order to embrace a stronger growth mindset. I am now working on my music again and trying to finish some pieces. Challenges will inevitably face me, but one thing I won’t rely on is my talent alone.

Let me know what you think! Email me at InkTipStoryPower (at) Gmail dot com and share if you have a fixed or growth mindset and what you’ve learned about yourself and your writing habits.

By the way, here’s a related TED Talk video on Mindset:

...as well as Carol Dweck’s mindset website for further exploration on this topic.

Until next time, may you unlearn your fixed mindset and embrace a growth mindset.