If your logline is missing a central conflict, then it’s possible your story is missing one as well.

At least that’s what a reader will assume about your script...the dreaded "This will make a boring movie."

Think about trailers. Though we often complain about trailers giving away too much of the film, they are still an incredibly important selling tool.

A shorter version of the trailer, the teaser, is sometimes no more than a minute and offers little more than a mood piece, or a smorgasbord of images intended to hype up the film before a full trailer is released. Sometimes this is put together before the film is finished. 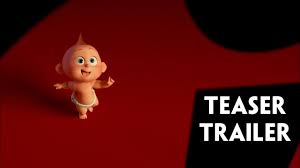 What does this have to do with loglines and how you pitch your script?

Often, we fall into the trap of pitching a teaser instead of a trailer.

Here’s an example of a logline that teases too much and pays off too little.

A man boards a train but is horrified by what he sees.

This pitch is really just a set up. It’s teasing an element of surprise, but we’re not sure if we’re supposed to laugh at what he sees (a comedy) or be frightened. Is this horror? Thriller? Comedy? It’s hard to tell. All we know is there’s a guy, a train and he’s surprised by something.

If you were an editor and put this together as a 30-second teaser, you'd add a score. Perhaps actors would be cast based on their work in a particular genre. All this would help an audience see and feel the film, perhaps not understand too much about the plot, but enough to spark an interest. However, people don't watch a logline; instead, loglines are scanned in seconds.

The above pitch is missing something: conflict. 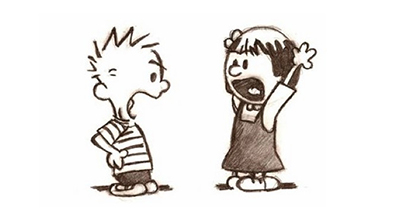 Imagine you are a reader for a production company. You come across ten pitches today. Perhaps you end up going thru twenty or even fifty this week.

Eventually, the pitches begin to sound similar. One major reason? Many weak loglines don’t include a clear conflict. And the basic premise without a conflict for many pitches within any genre sound alike.

So to help you distinguish your script pitch from countless others, your story's conflict has to shine.

The truth is that from the time a spec script is finished to the time it reaches an audience in the form of a completed film, many people will have pitched it.

That final pitch–selling to an audience–asks this question: how will an audience react when they receive the film's pitch in the form of a trailer, a poster, online ads, interactive content or talk show guests plugging away? Despite decades of intense research, trial and error studies and countless formulas, no person, company or studio can ensure what will be a hit movie or not every time.

But that doesn't mean audience anticipation isn't the most important factor in selling a film.

This brings us back to trailers. The vital information an audience receives after seeing an effective trailer is “What is this movie about” and “Who’s in it?”

There’s little a writer can do to determine “Who’s in it” unless he or she is a producer or top director. But the first question – “What’s the movie about?” – that starts with the writer. 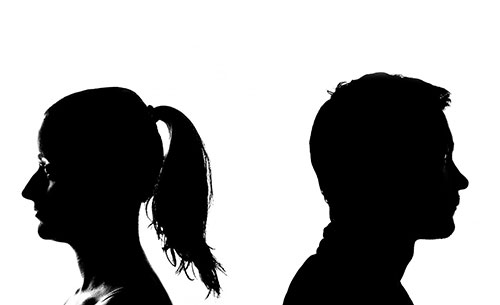 Conflict is crucial to answering “What’s this movie about?”

Start with your conflict by asking yourself, what is the opposing force? What stands in the way of what my protagonist is doing?

Then, be explicit about your conflict in your logline.

Don't rest on pitching only a premise. Teasers may only promise a premise, a mood. Don't tease.

So to go back to our original pitch:

A man boards a train but is horrified by what he sees.

What does the man see? Let's be more specific.

An insurance agent boards a train headed to his grandma’s funeral but is horrified to find that his very–much alive grandma is not only on the train, but much younger -- and that the train is headed straight to a nuclear wasteland in an alternative timeline. Now he must find a way to stop the train while avoiding guards that resemble people he knows.

An insurance agent boards a train headed to his grandma's funeral. To his surprise, his grandma is on the train, alive, and decades younger. Now, he must stop the train from colliding into a nuclear disaster while avoiding his grandma and the train guards who want to prevent him from messing up this timeline.

We can even do a shorter version:
A passenger must stop a runaway train caught in a time wormhole without his present-day-dead Grandma seeing him.

Now that we added conflict to our logline, a reader can see that this is some kind of thriller with sci-fi aspects. And, it is clear what our hero is up against. If people saw a full-length trailer for this logline, they would be able to tell their friends what the movie is about because they'd see a man, a train, the fact that his grandma is supposed to be dead (through his reactions), then the fact that she's not, then him running around the train, then people who are trying to stop him, etc.

Remember, conflict is a big part in selling your story. Make your conflict stand out and let it transform your pitch from a vague tease to an engaging trailer-like experience.

Michael Kim has worked in every department at InkTip. He is now the VP of Product Development & Media. Besides working on music, he enjoys waiting for Guffman, finding Forrester and being John Malkovich. His favorite film about film is Cinema Paradiso.