I Get It...but What Is It? How to Define Your Original Television Pilot

The “Golden Age of Television” is over and it has been replaced with “Peak TV.”

There are SO many shows out there, on SO many platforms, that it’s getting harder and harder to find the truly great stuff that you want to devote hundreds of hours of your life to watching. And that’s just your burden as a consumer.

As a writer, although there may be more buyers now, there are also more creators pitching and submitting to these buyers. It’s become much harder to make your pilot script stand out in such a crowded marketplace.

Before you get anyone to read your brilliantly executed pilot script, you must first pitch them the idea for the series, and it must be clear, compelling, character-driven, and it must feel like a TV show, not like a movie.

Put simply, the first thing you need to do is answer the deceptively simple question, “What is it?”

What is your show?

This question MUST be thoroughly explored and answered by you before you write page one of your pilot. I will tell you a few of the crucial aspects involved with this question now, but keep in mind that you will find many more insights in my book, STORY MAPS: TV DRAMA: The Structure of the One-Hour Television Pilot, now available here.

It would be great if you could just point to a current hit show and say, “It’s like that one,” but it’s not so simple. Although, you should do that, too, but just know that’s only the beginning of your pitch. Citing a hit show that has a similar tone and target audience as yours is a nice first step. You can refer to this show as your “comp.” E.g., I’ve written a one-hour FBI procedural where an agent and a brilliant criminal must team up to stop complex threats against America. The comp is “The Blacklist.”

Now you have to tell us about your series, the dramatic world you’ve created and the interesting people that populate it. You must touch upon these key aspects of your original TV series: THEME, COMPELLING CRISIS, SETTING and WEEK-TO-WEEK. 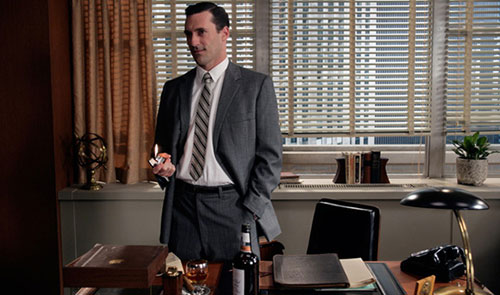 What is your show about? Why are you telling this story? What emotions and ideas do you plan to explore? What should your characters do? These questions point to theme.

You can and should use your theme/s to inspire stories, scenes and character arcs. Theme can act as a “control” to focus your stories. Let’s look at examples from some excellent shows.

Mad Men’s central theme is the pursuit of happiness in an increasingly cynical and chaotic world, with key sub-themes explored along the way (sexism, racism, status, family, etc.). The show is a great example of exploring the same key themes over several seasons. From the beginning, the decision to set the story in New York City in the 1960s, a place and time of great societal change, practically guaranteed the exploration of certain themes, such as issues of race, gender, age and class. And specifying it to the advertising industry necessitated an examination of pop culture, artifice, creativity versus commerce, and identity.

The short opening sequence of the pilot for The Walking Dead drives home the central theme of the entire series – when Rick makes the terrible decision to shoot the little girl zombie in the head, he is struggling with how to maintain his humanity in the wake of disaster. Each episode of the series will force the characters to deal with this theme.

In Shonda Rhimes’ Scandal pilot, the theme shifts and sharpens over time. It begins focused on truth, best exemplified by Olivia’s use of her gut instinct. She believes her instinct alone can determine if someone is lying or not. It never fails her. But soon we meet the one man who can cloud that instinct: her lover, President Fitzgerald Grant. Olivia begins to see her client’s dilemma mirroring her own—Lt. Colonel Sullivan “Sully” St. James can beat the murder charges if he only admits to his true love for another man. But in doing so, he will destroy his career and carefully-crafted persona. Same goes for Olivia and her secret relationship with Grant. It is at this point in the pilot script that the theme begins to focus into the sacrifices we make for true love. The integration of plot, theme and the protagonist’s character arc is seamless. In terms of structure, this occurs at the “Declaration of War” beat in Act Four. Scandal uses a “Teaser plus Five Acts” structure (see the complete beat sheet in my book). 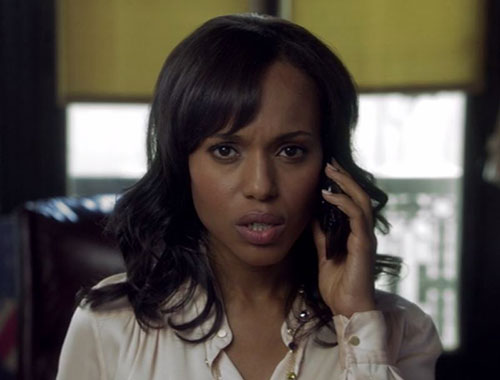 True Detective’s pilot is split between two time periods: 1995 and 2012. We begin in 2012 as Detective Martin Hart is interviewed about his partner, Rustin Cohle. Hart is examining what makes the man, starting by expounding on what makes a good cop. The relationship between these two men and the examination of their true nature, not the Dora Lange murder case, is the “A” story of the pilot and the season. The central theme is right there in the title: What makes a “true” detective? 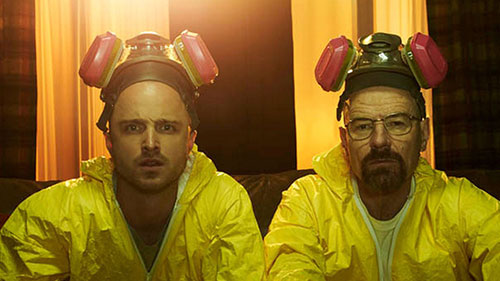 An effective television series is not just one closed story, like a feature. It’s a set of characters, a launching pad, and an ongoing engine that generates many stories. A professional screenwriter friend recently told me that he thinks of a TV series like a playground that you create, then drop your cast of characters into and watch them interact.

No matter how clever or outlandish your scenario, it will not be compelling to an audience without characters we can invest in and root for. Notice how all of these crises flow from character:

Breaking Bad: A mild-mannered high school teacher becomes a drug lord under the nose of his brother-in-law, a DEA agent.

Downton Abbey: A wealthy British lord struggles to keep his estate and antiquated ways as the unrelenting pressure of the 20th century threatens to tear it, and his family, apart.

Sons of Anarchy: “Hamlet in a biker gang.” Stepfather and son fight to keep a gun-running biker gang together amidst corruption, betrayals and escalating violence.

The Americans: Two Russian sleeper agents in the 1980s pose as the perfect suburban couple by day as they run missions by night, which ironically bring them closer as real lovers. 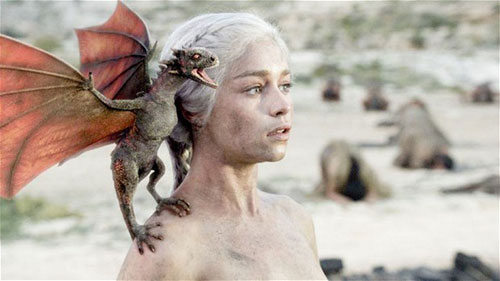 An English manor at the dawn of World War I...Manhattan in the 1960s...a biker gang. These are the “worlds” that some of our favorite television stories live in. A great show takes us into a world that we’ve never visited, or, at least, haven’t seen portrayed quite like this. The world will invariably be a strong part of the compelling crisis. Here are some of the more fascinating worlds of recent television history:

Game of Thrones: The fantasy world of Westeros

It’s time to put that Compelling Crisis into action. To narrow in on the core of your story—what drives each episode. What makes it drama and what we tune in to see each week. In simple terms, you must identify...

Let’s get in our time machine and eavesdrop on some conversations at networks around town...

Okay, I get it that this series is about a chemistry teacher who starts to make meth, but what does he DO each week?

So this guy is a creative director at an ad agency in the Sixties – what happens each episode? We watch him sit around and create ad campaigns in bell-bottoms?

So, her husband the politician cheated on her and she’s back to work as a lawyer. Does she work on a new case each week or is it the same case for the whole season? Does she go to trial or stay in the office? When she was still a wife, would you have called her a good one or a bad one?

That last question may be a stretch, but you can see what these hypothetical network types are asking: what happens each week? After all, 10 different writers could be handed the concept of an ensemble drama set at a British manor at the dawn of World War I and come back with 10 different takes. It took Julian Fellowes’ unique approach to make this idea into the brilliant character study that is Downton Abbey. More examples...

Scandal: Olivia Pope and her team solve a crisis for a client that mirrors her/their personal struggles.

The Walking Dead: Rick and the survivors deal with a new threat from the zombies and their fellow humans.

True Detective (Season 1): Cohle and Hart use more extreme measures to pursue the case as their personal lives go further off the rails.

Once you’ve defined the main dramatic elements of your series, you will want to move on to mapping and writing the pilot episode. Think long and hard about how you will bring the reader/viewer into the world of your story. Where and how you begin your pilot is a crucial decision, considering that your opening pages are your first and only chance to grab that reader. Make sure you get to the story as soon as possible. The only person more anxious than the viewer is the industry reader. I know, because I’ve spent years being both, and I, like everyone in the industry, am always on the lookout for great scripts.

I look forward to seeing what you come up with!

This article has been excerpted from my book, STORY MAPS: TV DRAMA: The Structure of the One-Hour Television Pilot, sold here. 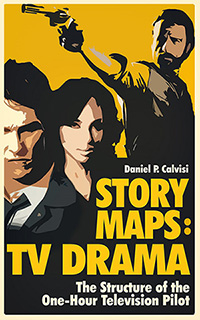 If you would like to learn more about the nuts and bolts of writing a one-hour television pilot, I suggest you check it out.

Daniel P. Calvisi is a writing coach, screenwriter and former Story Analyst for major studios like Twentieth Century Fox and Miramax Films. He is the author of the best-seller Story Maps: How to Write a GREAT Screenplay, Story Maps: 12 Great Screenplays, and co-author of Story Maps: The Films of Christopher Nolan (with William Robert Rich).

Go to ActFourScreenplays.com for more about him, Story Maps, and to listen to the Story Maps Screenwriting Podcast.