Can You Write Screenplays Being Agile? (Part 1) 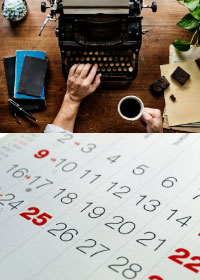 There’s a philosophy called agile, or Agile, that is especially known in software development.

This way of working to develop a product was articulated into a manifesto in 2001. Since then, Agile has bled into project management in various industries. Militaries, as well as companies like Apple, Google, and CNN have used Agile to manage projects and produce products and services, some to good results (Pulse of the Profession 2015: Capturing the Value of Project Management 2015, 75% of highly agile organizations met their goals/business intent).

One common tactic of Agile is to take a project and break down the workflow into smaller time boxed periods called sprints (usually 2 week sprints). The goal is to focus on getting a feature or project released within that short amount of time, i.e., each sprint results in at least one product or feature, knowing it will not necessarily be perfect, and that the faster feedback is received, the better.

Because so many companies use Agile for some of their projects, I thought it would be fun to see if any principles can apply to screenwriting. If one thinks of a screenplay as a product, can focusing on working in smaller increments of time, being flexible to change, and getting feedback sooner work?

In order to answer these questions, I’ll paste the Agile manifesto:

We are uncovering better ways of developing
software by doing it and helping others do it.
Through this work we have come to value:

That is, while there is value in the items on
the right, we value the items on the left more.

I’m going to comment on each of these in relation to writing a screenplay.

Then, I will rewrite the manifesto in relation to writing a screenplay.

Individuals and interactions over processes and tools
Having competent people working cooperatively is more important than having the right tool. This is equivalent to the old saying, “it’s not the weapon, it’s how you use it.” Or, it’s not how expensive the camera is, it’s “Do you know how to light?” I’m sure Roger Deakins could work wonders if he was in charge of an iPhone-shot film.

In screenwriting, the same applies. Every few years, a screenwriting formula or process emerges, resulting in book sales, with some of them even influencing the Hollywood reader. Whether it’s a book or formula from Blake Snyder, Robert McKee, John Truby, Syd Field, Linda Seger, Dave Trottier, or Viki King, etc., these processes provide value.

But they can also distract a writer from A) Finishing the script and B) Doing good work. A formula may work better for one writer than another. Is it 5 or 14 steps, 3 or 4 acts, 1000 hours or 21 days? The writer will trust in a system of developing a script, and then switch to another when she is stuck. Worse, the writer doesn’t finish the script, endlessly obsessed with the act of writing instead of finishing.

The alternative? Just pick a way of working, but don’t overthink it. Focus on doing good work with the people you’re working with (a co-writer, a producer), or, if you’re writing a spec by yourself, do whatever it takes to put yourself in a flow state (aka work well with yourself). 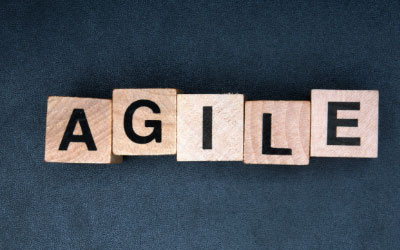 Working software over comprehensive documentation
If you’ve ever worked for a company that requires meticulous and exhaustive documentation of what you will build before it ever gets built, then you will certainly understand the frustration in how much time is spent on documenting over building. The reason Agile frowns upon excessive documentation is because it impedes progress in getting started as well as doesn’t allow flexibility if the product changes.

Example: if you’re building a computer and imagine it will have wings, and you spend 30 hours describing how the wings will be built and how to test it, only to realize when you’ve finally begun building them that they aren’t needed…then you will have a hard time not regretting the decision to make the wings essential. With comprehensive documentation, it puts you in a fixed mindset and almost dares you to not be flexible because you’ve already committed time and energy into prioritizing too much.

For screenwriters, the question to ask is What will put me in a position to get writing? The answer is often, "just write." Still, some may argue with me that pre-planning and structuring your script is important. I’m not denying this.

However, my follow up question is What is truly essential right now? Does it matter if you’re not quite sure if a character’s name is Jack or Jill? Or if the ending isn’t quite clear? There may be value in letting the characters come to life (and inform his/her name) or the story to unfold, which only happens after you start and explore the world by writing.

Commitment to a plan has some value. But embracing agility can help a writer see blind spots early or even enforce a higher commitment to doing the work by simply getting started.

This is where we’ll pause for now.

In part 2, I’ll cover the rest and how to incorporate this framework into your writing process, as well as release a modified version of the manifesto.

Mike has traveled thru every department at InkTip. He now directs Product at InkTip. Besides music jamming, he likes trivia, whiskey, and trivia & whiskey.