Outlining & Where to Begin 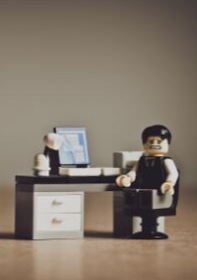 So you’re thinking about writing another screenplay. You have a REALLY great idea, but you’re not sure where to start.

If you jump right into the script though, without any thought to the structure of the story or journey that your characters are going on, what’s going to stop your script from going off the rails?

Instead, try outlining first. Outlining is a great tool for setting storytelling goals as well as helping keep your characters’ motivations and actions in focus.

Here are a few steps that will help you start outlining:

Ahh, the most basic of outlining routes. There’s nothing quite like spreading a whole bunch of index cards out on your living room floor, writing down each beat of your story, and pinning them up on a corkboard with some string like you’re conducting an FBI investigation.

What’s great about using index cards very early in the development of your script is that there’s a kind of fluidity to writing that isn’t there if you’re trying to write a full outline. At this point in the process, you can rearrange plot points, throw out characters—the sky’s the limit! The most important thing is that by the end of the process, you have constructed the arc of your screenplay from beginning to end.

What do you need to write on your note cards? Each card should represent a major story point, but keep it short and general enough that the cards can be rearranged easily. Most movies can be plotted out in less than 50 cards.

A bit more involved than the index cards, a beat sheet is a step-by-step rundown of every major plot point in the screenplay. There are certain beats that typically fall within a three-act structure.

In a beat sheet, each of these plot points is written out linearly with a one-sentence explanation of what’s going on in the screenplay. Taking a cue from Blake Snyder’s Save the Cat, here are a few of the major plot points that a beat sheet should cover:

•  Opening image: a visual that represents the tone or theme of the film
•  Set up: otherwise known as the inciting incident, it’s the event that sets the story into motion
•  Theme stated: when the emotional core of the film is established
•  Catalyst: the point of no return, or when the protagonist settles on his goal/want
•  Debate: a moment of danger/doubt to raise the stakes
•  Break Into Two: a major turning point that signals the beginning of the protagonist’s journey
•  B-Story: a parallel but contrasting subplot that emphasizes the theme
•  Midpoint: the moment where the character’s want is complicated by an additional obstacle, which signals a journey to the end
•  Bad Guys Close In: fear and doubt sets in as protagonist regroups to defeat the antagonist
•  All is Lost: the moment where the protagonist loses everything and the stakes are raised
•  Dark Night of the Soul: something dies for the protagonist, either emotionally or literally, and they have to pick themselves up again
•  Break Into Three: the protagonist rediscovers their path
•  Finale: the protagonist discovers the theme and incorporates it into their want, allowing them to overcome their conflict
•  Closing Image: the opposite of the opening image, it signifies a change for the protagonist

Now that you have a sentence for each of your major plot beats, it’s time to expand your beat sheet into a full outline!

Here’s where you put your beat sheet to good use! Now that you’ve settled on every major plot point that your screenplay is going to hit, it’s time to fill in space around it with the really juicy stuff that a screenplay is made of. Take that one-sentence explanation of each plot point and expand it into a paragraph explanation of what each scene is about. In doing so, you can add information such as plot details, character motivation, etc. The main focus, though, should be on how your characters’ choices create forward-driving sequences of action.

In screenwriting, most feature-length films follow a three-act structure: the first act (exposition), the second act (conflict), and the third act (resolution). In essence, the three-act structure can be considered a form of beginning, middle, and end.

Within this structure, there are certain conventional plot beats that stories hit. In correspondence with the beat sheet you’ve already written, they are:

•  Act 1: The Opening Image through the Break into Two, this is when the characters are introduced and the trajectory of the narrative is established
•  Act 2: The B-Story through the Break into Three, this is where the conflict is raised and the character goes on their journey
•  Act 3: The Finale through Closing Image, this is where your protagonist reaches the culmination of their goal, whether they get what they want or not

I know it may sound tempting, but—unless you want to suffer down the line—you shouldn't begin your script immediately after writing the first draft of your outline. You'll want to spend time questioning your outline, asking yourself what works and what doesn't, and revising it until you feel like there's nothing left to do but write the script.

By writing a polished outline first, you will have ironed out your potential story problems before you even started writing your script’s first draft. Plus, you'll have all of your characters' motivations and voices figured out, making the process of writing easier than it would have been going in blind.


I hope this information will help you on your journey to write compelling and clearly structured screenplays. Now get outlining!