13 Questions to Ask Before Starting a Screenplay 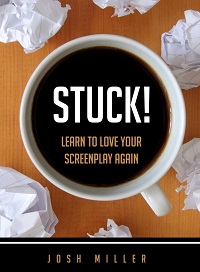 I was recently chatting with a friend of mine from Sweden who is a producer and marketing expert.  My book, Stuck! Learn to Love Your Screenplay Again, had recently been published and he shared that he’d been doing some research on a historical figure from his home country and he wanted to tell that person’s story on film because it was incredible, yet largely unknown.

I told him that the kernel—the germ of the idea—for a screenplay is often a historical figure, so I said, “Great!  What’s the story?”  He proceeded to list this person’s vast accomplishments and explained how the man was a towering figure in his era both for scientific advancements as well as trailblazing progressive social ideas, with a dash of scandal thrown in for good measure.

Clearly my friend had done a lot of research.  Research is important, but most screenwriters know that it’s also an exquisite form of procrastination.  I didn’t say this to my friend.  Instead, I asked whether he saw this as a documentary or a dramatic film.

He felt the subject matter was ideal for a documentary.  I replied that in my thinking, there are two broad types of documentaries: 1) topic-driven and 2) character-driven.  Topic-driven documentaries are films about particular subjects and the content typically consists of an array of facts supported by authoritative testimony.  Sometimes there’s a conclusion made and sometimes not, but either way, these films are educational and have value as such.

On the other hand, character-driven documentaries-- to boldly state the obvious-- are primarily about a person and have a narrative structure reflecting many of the aspects of a dramatic film in terms of craft and structure.  I told my friend that while his research was thorough and it revealed a lot of interesting facts, he certainly had a topic, but as yet he had no story.

He sat with this a moment and then asked me the sixty-four-thousand-dollar question: “so how do you turn a set of facts into a story?”  It occurred to me that it might be useful for my friend and other “stuck” writers to have some sort of checklist to reference before leaping off the narrative cliff.  Here’s the checklist of questions that I shared with my friend:

We often don’t have all these answers beforehand, however they should reveal themselves through the process of writing.  And they may change through rewriting.  While screenwriting is certainly not a science, I told my friend that the more of these questions that he can answer up front, the better chance he will have of getting himself unstuck.

He returned home to Sweden and about a week letter he posted a photo of himself sitting in front of a roaring fireplace on a stormy night, with a bottle of rare scotch whiskey and a copy of my book arrayed in front of him.  Both will be useful.  I’m looking forward to reading his story.