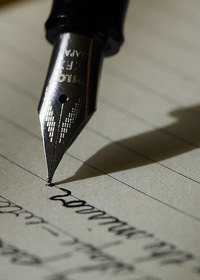 Say it with me, “Writing is rewriting!” Everyone wants to be able to write the first draft and say, “It’s perfect! I’m ready to send this out.” As we all know, that’s more improbable than opening your closet and finding a portal to Narnia. So what you end up doing is relying on others to give you valuable feedback on how to improve your script. And that’s a good thing! No matter how much outlining you do, the first draft will never be perfect. It’s the ensuing drafts that allow you to mine for the gold in the script.

Each writer has their own process for how they go about rewriting. Jordan Peele said that he prefers to take each rewrite as a moment to focus on one specific aspect of the script. So for example, one draft may focus on refining dialogue, while the next may focus on dialing up the conflict in each scene.

There isn’t one right way to go about it. Each writer should find their own process that works best for them. The following is a list of six tips to keep in mind as you rewrite.

I know I’ve already said that it’s unrealistic to expect your first draft to be perfect, but wait for it… your second and third probably won’t be either. That is why it’s best to always do a handful of passes of your script before you consider sending it off. You want the script to be a reflection of your best writing abilities. So whether it’s to a screenwriting contest/festival or to an agent, manager, or producer, make sure you are submitting the best version of the script. Industry professionals know when a script is a first or second draft. Be patient and keep refining!

2.    LIMIT YOUR NUMBER OF READERS

Try to limit your readers to a trusted few. While having a screenwriting group to table read your work and give notes can be beneficial, it also can provide too much input. By that I mean there’s more opportunity for contradicting feedback, which can be frustrating and overwhelming. That is why it might be best to have about 4-5 people whose feedback you trust. For each draft you write, send it to a different reader(s) to give you notes. Make sure you are choosing friends/colleagues who have given you strong notes in the past, or people who fit your target audience for the script (don’t send your horror script to someone who doesn’t watch horror films). This way you are receiving quality feedback that doesn’t overwhelm you going into the next draft.

3.    HAVE YOUR FIRST READER BE YOUR LAST

The person you choose to read your first draft should also be the one who reads your last. So make sure that this person is the one whose notes you trust the most. You want them to see your fifth or sixth draft with fresh eyes, and they’ll see how far your script has come. So whenever you believe that your script is in a good place and you only want one more pass, give it back to the first reader.

4.    READ EVERY DRAFT YOURSELF

The gut reaction after finishing a draft is to close your laptop and not look at it. That’s understandable. It’s okay to put the script away for about a week so you can come back at it with fresh eyes but do make sure you come back to it. You should know your script inside and out.

Also, make sure you reread the script BEFORE you send it to someone for feedback. You don’t want your reader bogged down with grammatical errors, typos, or obvious inconsistencies because it hinders their ability to give good notes. You need your readers to able to focus their full attention on the story itself.

5.    HAVE DISCUSSIONS WITH READERS

If possible, get your notes from your readers on the phone. While getting an email with feedback is great, engaging in a discussion about your script is even better. I’ve had friends call me with feedback, and vice versa, and we would end up speaking for two hours exchanging ideas (many of which weren’t in their initial feedback). After this pandemic is over, I recommend in-person conversations as well.

There’s a scary moment that may come. You get a note that completely changes the direction of your script. Even worse, you agree with it. Embrace it! That’s a good thing. Whether it happens on your second draft or your tenth, don’t be afraid to take it back to page one. Your goal is to write the best script you can, so don’t ignore a good note just because it creates a little more work for you.

Hailing from Cleveland, Torey Sinclair spent 6 years studying film and screenwriting at Ohio University and Chapman University, earning his BA and MFA respectively. After a year in the IP department, he currently works as InkTip’s Social Media Coordinator. His free time is usually spent either writing, watching indie films, or hoping for a Cleveland Browns Super Bowl.