Why is My Protagonist Boring? 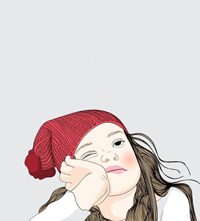 Jolt some life into your protagonist.

I spoke with a few screenwriting friends the other week and one of them brought up how difficult it was to write an interesting protagonist. We all echoed the sentiment that our supporting characters popped off the page, while our protagonists were sticks-in-the-mud.

This is a common problem that many screenwriters struggle with. So why is it so difficult to create a compelling protagonist? Here are three reasons why you may feel your protagonist is… well, boring.

Classic examples of good active protagonists are Michael Corleone and Vito Corleone in The Godfather Part II. We watch as Vito comes to the US and rises through the crime ranks until he inevitably exacts revenge for his family’s murder, while in the future Michael actively pursues expanding his family’s crime syndicate through whatever means necessary. Both of their decisions shape every major plot point.

Passive protagonists are not inherently bad. These characters are fleshed out through their reactions to other characters and the world around them. Passive protagonists are commonly used in films where the writer/filmmaker is trying to make a statement about the world itself. A good example of a passive protagonist is Officer Jake Hoyt in Training Day. Jake is characterized through his reactions to his partner Alonzo’s crooked approach to law enforcement. This is done in an attempt to showcase the corruption in law enforcement.

If you’re struggling, start by asking yourself if your story needs an active or passive protagonist. If you’re being told your protagonist is dull, you may want to make them more active and forceful in your script.

Screenwriters tend to write from the perspective of an observer. You’re writing a blueprint for a film, so you visualize it as a film. You may write as if you’re a fly on the wall in each scene, and this disconnect can bleed into your protagonist. Your protagonist takes on the role of a passive observer and becomes a stand-in for the audience.

You should strive to write from the perspective of your characters. You want to put yourself in their shoes and walk 100 miles (or pages) in them. It’s easier said than done, but it provides the best results because your characters come across as more distinct and authentic. Voices differ and dialogue flows more naturally. When writing a scene, ask yourself if it’s unfolding in your head as if you’re watching it or as if you’re experiencing it? If the answer isn’t the latter, then you want to rework it.

There’s a tendency to want to make your protagonist the stable one. You make them normal in an abnormal world to help ground the story. The problem with the normal protagonist is they’re not usually the most specific.

Your normal character doesn’t stand out. Instead, they only further magnify the quirkiness and strangeness of the supporting characters and the world around them. This is why you may find yourself having more fun writing supporting characters. You’re not limiting them like you are with your protagonist. They become much more distinct personalities.

Some stories do need down-to-earth protagonists. This is typically the case for many coming-of-age films. Take for instance a character like Duncan in The Way, Way Back. Duncan is a pretty normal kid which makes the world of the waterpark he discovers stand out that much more. It makes the quirks of Owen’s character that much more charming. The trade-off is that Duncan isn’t the most specific/interesting character.

If your story doesn’t need the normal protagonist, then why not change it up? Make them weird. Make them an antihero. Make them whatever you want and don’t be afraid to dial it up a few notches. Don’t worry if your character is likable. Just create a lead character that is memorable, one that actors would love to sink their teeth into. Think of little idiosyncrasies that you can show on the page.

The protagonist of your script is the character that we will be going on this two-hour journey with. We will be witnessing the film through their perspective so it’s important that they are someone we find fascinating. If you’re able to create a compelling protagonist, then you’ve gotten that much closer to hooking your audience.

Hailing from Cleveland, Torey Sinclair spent 6 years studying film and screenwriting at Ohio University and Chapman University, earning his BA and MFA respectively. After a year in the IP department, he currently works as InkTip’s Social Media Coordinator. His free time is usually spent either writing, watching indie films, or hoping for a Cleveland Browns Super Bowl.