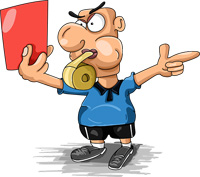 I landed my first screenwriting gig in 1978. Nobody had heard of Robert McKee or Syd Field, you wrote on a typewriter, and you researched in a library. Yet, when I teach screenwriting these days, despite all of today’s tech advantages, I still see newbies making a lot of the same rookie missteps I made when I started out.

The first time I went through the studio development mill, I was adapting a post-nuke-apocalypse novel for RKO, working with a terrific development person named Leslie Werner. I kept too much of the novel which gave me a screenplay around 140 pages or so. In those days before Final Draft, I thought I could cheat the length down by blowing out the left and right, top and bottom margins but Leslie saw through this ploy right away. I could cry about making further cuts all I wanted, but her edict was to get it as close to 120 as possible without cheating the margins.

Screenplay formatting is the way it is because it’s functional. It tells the various parties—director, production manager, etc.—what the probable running time will be, how many locations, how many interior/exterior shoots, cast size, how many day and night shoots, etc. This gives the production team, even on an early read, ballpark estimates on cost, shooting schedule, casting, and logistics. There’s enough information there to make a decision about whether the material is even worth going forward with.

Like most of my young students, I was writing a screenplay based on the movie I saw in my head, so I included too much description. Well, you don’t get to make the movie. You’re writing for the people who do. You have to resist the urge to do other people’s jobs for them.

I had a student writing what he hoped would be a Lord of the Rings kind of thing. He was phenomenal at world-building. Each page had blocks of detailed description of his fantasy world. It was great stuff, beautifully written. That was the problem. Cut those descriptions down and he only had maybe an hour’s worth of plot. Plus, he was doing the production designer’s job.

You sketch. You give cues and clues, but you’re only providing a skeleton on which the rest of the team builds. Don’t give the actors line readings: they not only resent it, but they’ll ignore it anyway. You leave room for them—under the guidance of the director—to bring their talents to the game. Speaking of director, don’t tell them where to put the camera using shot descriptions.

Character descriptions should be vague and general, unless there’s some attribute vital to the character. If you’re writing Moby Dick, obviously Ahab is going to have a wooden leg. The more precise you are—he’s tall, athletic, 28 or so, strikingly handsome with flaming red hair—you may be putting a picture in the casting director’s head difficult to meet. But if you say: 20s-30s, good looking but not in an obvious way—that gives the production leeway to picture any number of leading men especially since many (if not most) actors think they can play younger. Besides, they may go in a completely different direction anyway.

I wrote a movie called Road Ends in which one of the principal characters was the one cop in a small town. I wrote him as late 20s-30s. The production cast Dennis Hopper who was pushing 60 at the time (although he could pass for somewhat younger). Miscast? Maybe, but he was cast because the strength of his name got the movie financed.

Demonstrate in your screenplay that you understand the business: you know not to write a $60 million drama where the breakeven is $120 million. Most dramas plateau under $40 million (at best), so show that you know what a $10-20 million drama looks like.

For good or for ill, screenplays are not always all about your talent.  They should show that you understand how things work in the business, that—to be blunt—you know your shit.