Loglines From the Other Side 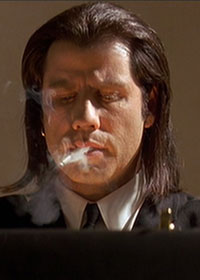 A producer opening a suitcase of golden loglines.

Anyone can dream of writing a screenplay, and anyone (with the money) can buy Final Draft and write a page or two. But you? You’ve written a complete story from beginning to end.

You know that rush of euphoria that accompanies typing the final “FADE OUT.” And you’ve earned it; it’s a huge accomplishment. However, your journey is not over. Now, you have to revise your script, proofread, write a synopsis, get it noticed, and so on and so forth. As tempting as it is in that euphoric state to rush through these less exciting parts of the process, each of them is as important as the writing itself.

Unfortunately, it’s at this point that many writers shoot themselves in the foot—even if you have a potential Oscar winner on your hands, your script is not going to go very far if you don’t work on these elements as diligently as you worked on the first draft.

And one crucial part of the process that often gets overlooked, especially by newer writers, is the logline.

As you know, a script’s logline is a concise one (and rarely two) sentence summary that introduces your story’s concept, central characters and conflicts, and a hook. We’re all familiar with loglines, even those that don't write. When we scroll through Netflix in search of something to watch, each movie or show has a logline.

The logline for The Godfather was:

The aging patriarch of an organized crime dynasty transfers control of his clandestine empire to his reluctant son.

Here, we get the central characters, the “aging patriarch” and the “reluctant son”, and the conflict is clear: the primogenital transfer of power is met with hesitation by the new kingpin. It’s clean, straight-to-the-point, and hooks the reader. It’s immediately clear how useful a logline can be as a quick way for viewers to decide whether or not they want to see a certain movie.

But how do loglines function on the development side of things when it’s just you trying to get your script noticed by a producer on a site such as InkTip? The function is essentially the same as it is on Netflix—the logline makes the difference between watching or not. On InkTip, it’s the difference between a logline viewing and a script viewing.

As someone who has spent hours and hours scrolling through InkTip looking for a script to send to producers, I want to let you in on a secret. All I see for each listing is a title, the author’s name, the genre, and the logline. And while a really great title can make an impression, the logline determines whether I click “See Script.” Of course, I’d love to read every script I can, but the reality is that when there are thousands of scripts to read on any given day, I need to use my time efficiently so every script gets a fair shot. It goes something like this:

In a typical hour of browsing, I’ll read over a hundred loglines.

Of that third, I’ll do a ten page test.

And whatever is left may get an entire read. 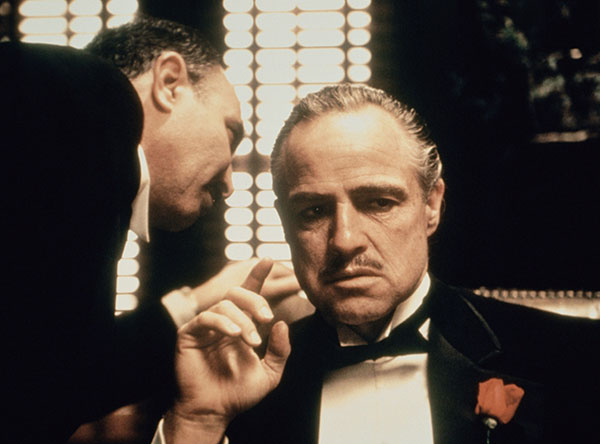 On the day of his daughter's wedding, Vito Corleone listens to a logline he can't refuse.

This can seem pretty unfair; after all, you’ve just poured your heart and soul into a script just for someone to choose not to read it based on a one sentence summary. I don’t think it’s fair either, but I’m just telling you how it is. Put simply, if you’re a new writer and you want your script to get noticed, you need a good, gripping logline.

However, condensing an entire script into a logline is much easier said than done. How do you even begin to wrap all of those themes, character relations, conflicts, etc. into one exciting sentence? Well, you start with the aforementioned elements: concept, main character, conflict, and hook. If you can’t condense this down to one sentence no matter how hard you try, there’s probably a problem of concept. You’ve probably bitten off more than you can chew, and you might need to make broad-stroke revisions to the actual script.Once you’ve concisely nailed the main elements down, it’s time to consider the logline’s style and diction.

How boring would The Godfather seem if its logline was:

An elderly mob boss wants to make his unsure son the next boss.

I wouldn’t see that movie. Word choice is key: “aging patriarch,” “clandestine empire,” “reluctant son.” These are the phrases that draw producers in. Make your story sound as exciting as possible. If needed, sit down with a thesaurus and consider different word choices, but don’t go overboard; less is often more.

Sentence structure is also important. There’s classic logline phrasing: “When [Inciting Incident], [Character] must [Action], but [Obstacle].” It’s not a bad structure, but it is the most common and can get boring after reading a lot of these in a row. Consider switching it up.

Look through other loglines for the scripts in your genre and see how you make yours fresh to the reader’s eyes. Don’t go overboard with logline innovations, though. When in doubt, stick to the tried-and-tested logline formulas: some of the best scripts I’ve read have had classic loglines. But, if you’re worried that your script might not differentiate itself well among the sea of listings, restructuring could do the trick.

There are countless other guides out there on how to make a great logline, and I recommend you go seek those out as well. If you’ve put in the work to create and revise an entire script, you deserve to have it read, but you have to make it happen. So, do yourself a favor and spend some time crafting a solid logline. As with everything in the writing process, it’s not easy, but it can be extremely rewarding.

Hubert Pach is a Yale University senior based in New Haven, Connecticut, who will graduate in May 2022. Though he's young, he's learned a thing or two about what makes a script stand out to a reader, writing professional coverage for Hollywood producers, working as a development assistant, and freelancing. He also loves to take long, aimless walks to destress.