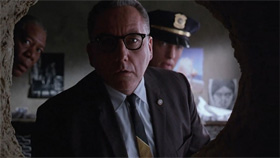 Never stop looking for themes that resonate with you.

Every screenwriter has had to answer this question in one form or another, “What is your story REALLY about?” What this question is actually asking is, “What themes are you exploring in this script?”

It can be difficult to fully articulate theme in film with there being many differing opinions of what truly constitutes as theme. For the sake of this article, we will define theme as the below.

Theme: An overarching idea that informs the focus/meaning of the film. Theme is explored through character choices, recurring motifs, etc.

Many beginning screenwriters ignore themes altogether. That’s completely understandable because they’re just motivated to get words on the page. However, it’s important to note that there is a lot to gain from taking time to contemplate the theme of your story. Below I’ll lay out some of the benefits of crafting a clear theme, briefly explain how to go about finding your theme, and then leave you with some examples of the themes used by famous filmmakers.

The Benefits of Theme:

1. It provides layers to your story. 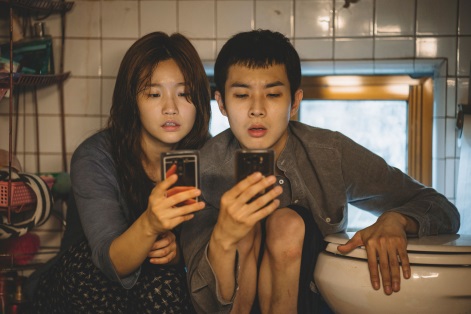 There are tons of films that serve as straight-forward, mindless entertainment. They provide a fun time for two hours and you go home, forget about it, and go about your day (and that’s fine!). When integrated well, a clear theme makes it difficult for you to forget about a film after the credits roll. The film sits with you as you ponder the choices characters made and how they reflect a greater aspect of society or the human condition.

Look at a film like Parasite and how Bong Joon-ho is able to explore themes of class conflict through turning symbolism into action. You have the Ki-taek family who literally lives below ground while the wealthy Parks live at the very top of a hill. A simple thing like a rainy day affects these families drastically differently. For the Parks, rain is an inconvenience that causes them to have to cancel a camping trip and return to their home, whereas rain quickly becomes a devastating flood that forces the Ki-taeks out of their home and into a shelter. The symbolism manifests into an obstacle for these characters to overcome.

2. It provides a personal connection to the story. 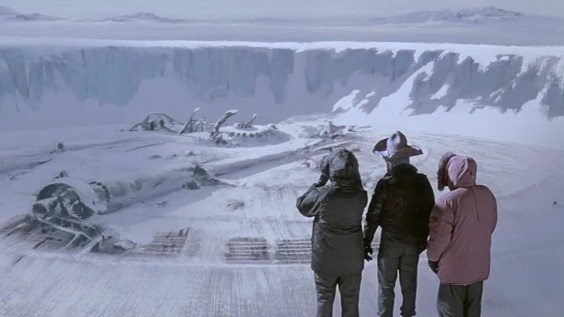 Themes are universal. They allow the audience to empathize with a character they might not otherwise be able to. They make a film more emotionally accessible. Some of the best horror films excel by doing this. Take John Carpenter’s The Thing, a horror film about an alien lifeform that torments a research team in Antarctica. While nobody can relate to the specific circumstances of these characters (at least I hope not), most can empathize with the feelings of isolation and not being able to trust someone you thought you knew. This film has stood the test of time for 40 years because its themes are so easily resonant.

3. It helps flesh out your protagonist. 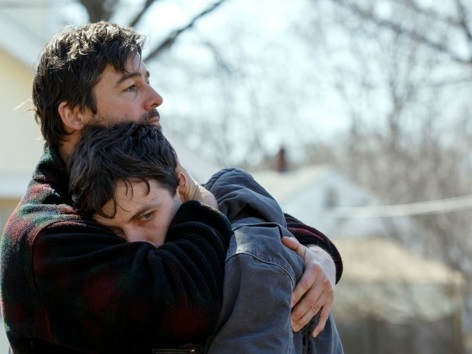 Most of the time, your protagonist tends to be a reflection of your theme. In Manchester by the Sea, a film heavily influenced by themes of grief and guilt, we are given a protagonist (Lee) who isn’t the most expressive; however, that doesn’t prevent us from understanding him. The entire film we are wondering if Lee will be able to move past the tragic death of his children and take care of his teenage nephew after the passing of his brother.

After two hours we learn so much about Lee through how grief and guilt are woven into the story.  His guilt results in perpetual drunken bar fights. His immense grief deteriorated his previous marriage. We eventually learn of his attempted suicide. We arrive at a point at the end where Lee admits he isn’t capable of “beating it.”  While it’s not the conclusion we hoped Lee would come to, we understand why he arrived there. He might be more a reserved character, but we see the guilt and grief affect all of his decisions and actions.

4. It helps create an impactful ending. 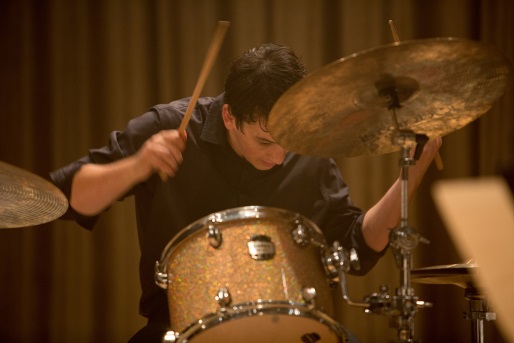 The ending of your script is a powerful tool to decide what feeling you want your audience to be left with. Do you want them to be left with a sense of hope? Despair? Dread? That’s why endings are so intertwined with the themes of the story itself. What your story is “really” about can be found in the ending you choose.

A filmmaker that does this well is Damien Chazelle. Whether it’s a talented, aspiring drummer in Whiplash or a starry-eyed actress in La La Land, Chazelle uses the overarching theme of “sacrificing for your dreams” to leave us asking the question, “Was it worth it?” Using Whiplash for example, we watch our drummer protagonist Andrew being verbally abused and humiliated by his teacher Fletcher. While Andrew, and the audience, believe his methods to be extreme, Fletcher deems them necessary in order for someone to achieve greatness. The final scene shows us Andrew giving a riveting drum solo. As the credits roll, the audience is left to contemplate whether Fletcher’s cruel methods were justified.

How to Find Your Theme:

At the beginning of your writing journey, write as much as possible. When you’re done, write some more. That’s the only way you’re able to find your voice. When you do find your voice, that’s when you start to notice your themes. You explore not just which genres you fit into, but which genres your recurring themes fit into. For some it’ll be the same genre, while others it can be several genres. The best way to figure out which themes you gravitate towards is to have the largest sample size of your work to analyze.

Discovering what recurring themes you use will help you refine your own distinct, unique voice on the page. Knowing which themes you like to explore not only helps when it comes to figuring out what to write, but why to write it.

If you find yourself struggling to discover recurring themes, think about the similarities between the protagonists in your scripts. The types of choices they make, the relationships they have, and the goals they strive towards are all aspects you may start to notice a pattern with. Do you tend to focus on more isolated characters with strained relationships with their parents? Do your protagonists continue to get corrupted by power? Are your stories about characters all on the edge of adulthood and trying to preserve their youth? Are all of your stories set in a futuristic setting where corporations try to “play God” and it keeps backfiring? 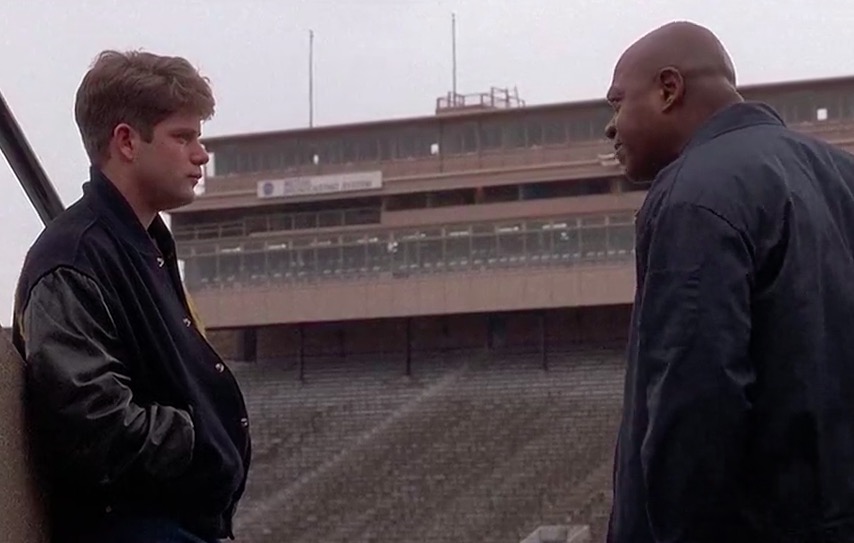 A lot of the time the theme can be explicitly laid out by a mentor or supporting character. Take a look at these characters and see if they are giving your protagonists similar advice. One example of this can be found in the film Rudy when Rudy quits the team after not being on the dress-list. The mentor character, Fortune, explains to Rudy that he’s so caught up in trying to prove himself to others that he’s unable to appreciate all that he’s already accomplished, and if he quits he’ll regret it for the rest of his life. Fortune lays out the theme of the entire film to our protagonist in one beautiful monologue.

Darren Aronofsky: Whether it’s Black Swan, Requiem for a Dream, or The Wrestler, Aronofsky loves to focus on themes of obsession and addiction. His protagonists have a singular goal and they usually push past any limit to achieve it, often leading to a self-destructive lifestyle.

Aaron Sorkin: One recurring theme in much of Sorkin’s work is that of the “misunderstood genius.” You see it in the characters of Mark Zuckerberg (The Social Network), Molly Bloom (Molly’s Game), Steve Jobs (Steve Jobs), and Billy Beane (Moneyball). These are extraordinarily smart and forward-thinking people that clash with an archaic world.

Yasujirō Ozu: One of the most acclaimed filmmakers of all-time, most of Ozu’s work is very similar. He deals with themes of family, marriage, and the loneliness of old age frequently. You can see these themes in films like Late Spring, Tokyo Story, and An Autumn Afternoon.

Steven Spielberg: A common theme amongst a lot of Spielberg’s work is the “broken home.” You see it in E.T., War of the Worlds, and Close Encounters of the Third Kind, children struggling to come to terms with their divided family.

Terrence Malick: A visionary filmmaker, Malick explores the topic of “the meaning of life” in all of his work. His characters strive to find a purpose to their lives, with nature typically playing a key role. This is the case in films like The Tree of Life, Badlands, and A Hidden Life.

Judd Apatow: Apatow is able to find humor through using the recurring theme of “the person who needs to grow up but can’t.” His protagonists, like the ones found in Knocked Up, Trainwreck, and The King of Staten Island, end up maturing and learning how to become a functioning adult in the world.

Wong Kar-wai: The Hong Kong director’s work all seem to deal with themes of “longing for connection and love.” In his films like In the Mood for Love, Fallen Angels, and Chungking Express, his characters pass through time and search for fleeting moments of connection.

Stanley Kubrick: With films covering vastly different genres, Kubrick tends to explore the morality of human nature. His protagonists are put to the test and often witness the worst of humanity, whether that’s a soldier in Full Metal Jacket and Paths of Glory or an astronaut in 2001: A Space Odyssey.