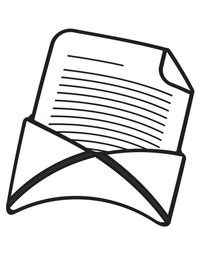 I've seen a lot of writers succeed and fail in this business, and watching that without being able to do anything about it is like not being able to scratch an itch.  So I decided to write a series of articles for writers with the hope that this will be as helpful to all of you as it will be cathartic for me.  But before we get into this first article, let's start with a question which I'm sure is just burning a hole between your ears:

Who the hell is Jared Wynn and why should I read his advice?

Well, and like a lot of young film professionals, I've worn a lot of different hats in this business.  I researched and developed television crime documentaries, I've worked on set, I've acted, and I even did a stint in film finance, but lately I've been managing the Membership Department at InkTip where I help producers, agents and managers find scripts.  I have more responsibilities there at InkTip than I have time to get into, but if you have a script on InkTip, realize I'm the guy who checked references on the producers who are able to read your script, and I'm the guy who'll coordinate between you and the producer, agent or manager if one of them options your script or signs you as a client.

I spend a lot of time coordinating between writers and producers because about 200 movies have been made since I've been with the company, but not all of the conversations are about options or contracts with writers.  Sometimes producers will call to talk about getting a project in development listed on IMDb, or to ask about other producers whose names they saw on the newsletter, or just to ask for advice on writers in general.  I've held literally thousands of telephone conversations with producers over the years, I've heard a lot of stories, and I've seen a lot of writers get their big break - and I've seen a lot of writers screw up and lose out on an opportunity, too.  Thing is, most writers don't fail for lack of wanting, they just screw up somewhere along the way because they don't know what not to do.

Look at it this way, a writer in this business is a lot like a soldier at war.  Most of the writer's time is spent either exploring faraway places or maintaining the tedium of discipline, but every once in a while opportunity strikes, or everything just goes completely fubar, and inexperienced writers in those moments are like untrained soldiers in the thick of battle.  They're as likely to shoot themselves in the foot as they are to hit an enemy.

No, I'm not going to sell you these secrets to success.  I personally don't buy into the "numberteen secrets of highly successful secrets" business anyway; I know some people who make a living in that line of work and I don't think what they're selling has anywhere near the value you'd get from just joining a writers' group or finding someone online and asking questions.  So that's what I'm going to do instead, I'm going to share an anecdote and an email from a writer, and then I'll open it up to some questions.  Let's get started.

You've heard a lot of advice already on pitching, formatting a script, picking a genre, writing query letters... but how many people have stressed the value of brevity in communication?

This is the funniest thing, because writers can be really verbose, and getting long-ass emails from writers is a common pet peeve among producers.  Picture this scenario as a back-and-forth email conversation:

Producer: I liked your story and premise.  Has this been shopped anywhere?

Writer: Thank you, it actually stems from a childhood experience I had many years ago, and though you may not be able to guess my age, well, let's just say it all took place in the sixties.  But it's a timeless story which can really be adapted for any era, and one with which many audience members will identify, and this of course begs the question: what about it appealed to you so much?  Did you have an experience like that?  Do you identify more with the protagonist or the underlying metaphor of the bad guy in the story?  I always imagined the bad guy would grow up to be a producer, while the kid who weaseled his way out of the fight would become an agent or something.  All the other kids, I'm sure they sell insurance or teach screenwriting at a community college, because you know what they say about those who aren't good enough to succeed: they teach instead.  Anyway, I'd love to hear more of your experience on the topic, but yeah, the script has been shopped to a couple people.  No offers have been made yet, but a lot of people are reading it, so I'll let you know if it gets into any kind of bidding war.

Producer: ...(he actually stopped reading the email after about three sentences and picked up another script instead).

Writers, don't be discouraged, but realize you have a lot of competition!  There are a lot of scripts sitting on shelves waiting to be read, and producers never have enough time to read them all!  Imagine you're the producer and there's a stack of scripts in the corner of your office.  Those scripts in the corner are all better than average, they've already been singled out and covered by your starving, low-paid professional readers, but they've also been pitched elsewhere and are probably sitting in other stacks in other producers' offices as well, just waiting to be read.  The first twenty you picked up were great, but they didn't fit your budget, so when the next one worked for you and your business model, you were torn.  It might be the project that'll make you rich, but there might be an even better project in that stack, and lord knows you're never going to find time to read them all.

What do you do when you ask a writer a question and it turns into a long, personal conversation?  I don't want to suggest that producers don't have lots of friends, but I will say this: these are people who typically do not have lots of long, personal conversations - with anyone.  Hell, if you're a producer you probably aren't even reading this far into the article because it wasn't summed up for you in a single sentence.  So for those of you who are still reading, here's that single sentence:

Be brief in all your business communications.

That's it, that's my tip for the day.  Ironic that I wrote a fifteen-hundred word article about brevity, but there you have it.

Check out this actual email from Darren P. Faulkner, a writer whose script was optioned through InkTip recently.  I asked him if he had any advice to share with his fellow writers, and this was what he said:

This is my first screenplay to be optioned having toiled away for over four years. In that time, I have learnt allot and if I can give any advice to aspiring writers, it is simply a war of attrition - while you're still hanging in there, perfecting your craft, there are many, many others, giving up or falling by the way side...just hang in there. If you are any good, and you believe so, it is just a matter of patience and time.

(Producer name redacted), from (company redacted), is the ultimate professional. I responded to a lead he placed on InkTip and within days he had responded requesting to see my screenplay. I sent it off and it wasn't that long before I received a two lined reply that he liked it and how much he would offer. There's no mucking around, he either likes your script or he doesn't. As soon I had replied, agreeing, within days I had the contract, which was signed and returned (you can't help but be efficient when the process is so streamlined). And all this was done via email correspondence, which living in Australia, was both relieving and inexpensive.

The only other thing I could possibly add is to be respectful. These people are time poor professionals who respect writers who can get their point across in a succinct and efficient manner. Last thing they want is to be wading through a ‘potential' writers email, looking for the information they really need. Be brief, direct and to the point. Professionals love that, and they will be more inclined to put a little time in reading your email if you just make it brief. Let your writing sell you, not your correspondence.

I hope you are well.

Darren summed it up better than I could have: "let your writing sell you, not your correspondence."  Now here are a couple questions to ponder:

Jared Wynn has conducted thousands of interviews with producers, agents and managers, and has amassed in-depth, critical information on how to successfully market a screenplay.