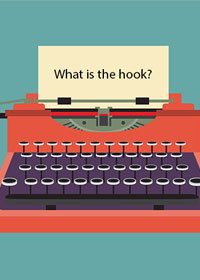 Wouldn't it be great if you could go back in time and hear how some of your favorite movies were pitched? Imagine being a fly on the wall in these meetings:

Spielberg: "...so an alien crash lands on earth, and these kids save it from the government so it can get home..."

Lucas: "...they're like the Knights Templar, priests with swords, except these priests are in another galaxy and they have laser swords..."

Landis: "...we take those two cokeheads from Saturday Night Live, you know the musical act between sketches, and we make a movie about them turning over a new leaf and saving the orphanage where they were raised..."

And how great would it be if you could travel back in time and hear how some of these stinkers were pitched?

Anonymous: "...forget Superman, forget Batman, forget Aquaman, forget ‘em all. Ladies and Gentlemen, I give you Howard the Duck..."

Anonymous: "...you know that guy who humped a dead moose on MTV, well he's got a doozy of a script about this kid named Freddie who got fingered..."

Anonymous: "...I figure Ghostbusters made a lot of bank, so let's gets the boys together and do another one..."

Now how many times have you seen a bad movie and asked "how did that get made?" Must've been a great pitch, huh?

I've heard more theories about pitching than I've eaten donuts, and I've eaten a lot of donuts. Thing is, most of what I've heard is correct yet fundamentally useless, like the theory that pitching is akin to hitting on girls in bars; it's just a numbers game. Or the notion that it's all about presentation, meaning your personal appearance or the brightness of the paper you print it on matters more than what you say or write. I've also heard pitching described as a pyramid, where you build your foundation and then work your way up into the details. Then there's the approach of connecting character, a premise, and irony. Still others argue that a good pitch should convey an understanding of how the business works, like star power or budgetary constraints.

These are all good points, but they all operate on the misunderstanding that, since so many bad movies have been made, there must be some Jedi-like technique to pitching which, if you can master it, will enable you to sell anything.  So while they're all useful to some extent, they're still missing a fundamental understanding about what pitching really is.

In fact, pitching is probably the most misleading term we use in this business because it isn't even about throwing out ideas; it's about luring people to a story. So it's really more like fishing than baseball. You don't throw your story at producers; you set your hook and reel them in.

Now this all begs the question: what's a hook?

When you think about it, we all know what a hook is: it's how we describe a movie to someone who hasn't seen it yet. We don't want to ruin the ending, so we just tell them the part of the story that makes it interesting. We never tell them the whole plot, right?

So the hook begs the question: if he lies for a living, and if all of a sudden he can't lie, how does he make a living? Or in more general terms, what happens next?

Now pick a couple of your favorite movies. What's the premise? Who is the story about? What's the obstacle? And what's the relationship between premise and character and obstacle that begs the question: what happens next?

Then try writing out the hook for your favorite movies like so:

The Matrix: Imagine the world we live in is a computer generated dream, and in the real world, we're all asleep in vats. Then imagine waking up.

Saving Private Ryan: After three of the four Ryan brothers are killed in combat, a special operations team is dispatched to find the sole survivor and bring him home.

Now try it with your own movie. What's your premise, character and obstacle? How would you describe these in a 15-second conversation in an elevator? And can you distill all of that into a single sentence?

Before you write a logline, before you step into a meeting, figure out what your hook is and then run it by a few people. If they ask "what happens next," congratulations, you nailed it! If they say "that's very nice, thank you," go back to the drawing board.

Remember that the goal, when pitching, is just to get someone hooked on reading your script. That's it, that's all it's about. Because you already wrote a great script, but you still have to get people to read it. And let's face it, even Shakespeare had to sell his stories before they got produced.

I asked an agent over the phone recently to tell me what a hook is, and this was his reply:

"Writers are so invested in their own story they don't know what it's about anymore, they can't tell what their own hook is, they make assumptions about their inner world which an outsider can't get or comprehend, they focus on salesmanship and not the hook.

"A hook is whatever stands out, makes the story different, like a bridezilla who puts a hit out and the best man then has to stop the hit from getting carried out at the wedding, or a vampire who falls in love with a girl and protects her when he really wants to drain the life out of her. In "40 Year Old Virgin," the hook is the character. "Forgetting Sarah Marshall" is a romcom about falling out of love instead of into love, that's the hook. The hook is what about your story hasn't been done before. Like Cowboys vs. Aliens (or Indians, or Mother Nature, or any one of a million things that have already been done before). So a hook should be that point in the story distilled into one or two sentences, and if you can't define what's different about the idea, start coming up with more ideas."

Jared Wynn has interviewed thousands of producers, agents and managers and has amassed in-depth, critical information on how to successfully market a screenplay.