As a writer, if you haven’t first worked out what your story is really about on a fundamental level — what its DNA is before you start writing — you’re not in the best position to know what characters to come up with, what actions they take, what’s likely to happen in a scene, etc. in the first place. And this is where the Thematic Triangle of Conflict comes in. Let’s jump right in by taking a look at what it is and how best to employ it in your screenplay.


Add a Protagonist To The Triangle

The first step is to think about your theme in terms of your protagonist — the character that often best embodies the theme through their movement through the script from unawareness to acceptance of it. Let’s take a look at a few examples of themes in movies from the protagonist’s point of view.

It’s A Wonderful Life: “Learn to experience joy from the smaller things in life.” This is the very message George Bailey is unaware of at the beginning of the film, but learns the hard way by the end.

Fargo: “Money can’t buy you happiness.” Jerry Lundegaard is unaware of this at the start of the movie, but as his plan goes awry and he’s carted off to prison, he realizes it at the end. 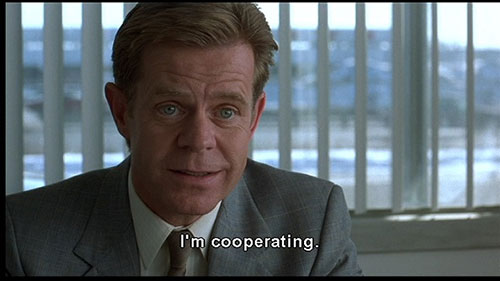 The Shining: “The mistakes of the past are bound to be repeated because human nature is inherently flawed.” Jack Torrance is unaware of this at the start, but succumbs to it at the end.

Since a protagonist usually begins a movie a flawed individual who’s unaware of the theme, they also have an opposing point of view to the theme and seek to resist it.

Add an Antagonist To The Triangle

The antagonist is also unaware of the truth behind the theme, just like the protagonist, but because they’re even more flawed, their resistance to the theme is even more exaggerated and their behavior even worse. They are willing to do literally anything to go against the theme.

It’s a Wonderful Life: Potter doesn’t believe life is about finding joy in the smaller things any more than George Bailey does, but his lack of awareness of this theme is greater — so great he’s willing to ruin the lives of everyone in Bedford Falls to get what he wants.

Fargo: Inept kidnappers Carl and Gaear are both just as unaware that money can’t buy you happiness as Jerry but, unlike him, don’t think twice about killing innocent people if it means getting their hands on the cash.

The Shining: In this case the antagonist is a building — the Overlook Hotel. Nevertheless, it represents the idea that “humans will always repeat their past mistakes” in an even more extreme way than Jack, and makes him succumb to its lack of understanding of the theme.

More often than not, the antagonist’s resistance to the theme is so entrenched that they fail to go through a character arc and change like the protagonist. Potter ends the film just as miserly and cruel as when it began. Carl dies the same man he was at the beginning, Gaear shows zero remorse for his murders, and the Overlook Hotel remains the same forever.

Add a Stakes Character To The Triangle

The stakes character is the b-story character who helps the protagonist, (and us) embrace the wisdom of the theme. They are often, but not always, the romantic love interest, and show no resistance to the theme as their point of view is already completely aligned with it from the moment the movie begins. They may have other flaws, but not ones that relate to the main theme because they already understand it’s message.

The antagonist also helps the protagonist change, but they do this by reflecting back to them just how flawed both of their interpretations of the theme are. The stakes character, on the other hand, represents the light at the end of the tunnel that the protagonist must reach.

It’s a Wonderful Life: George’s wife, Mary, knows how to experience joy from the small things in life already. All she wants is a happy family with George. 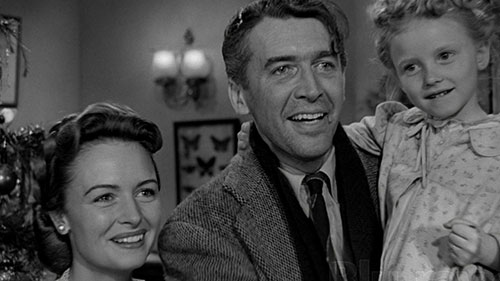 James Stewart, Donna Reed and Karolyn Grimes in It's a Wonderful Life (1946)

The Shining: Wendy and Danny represent the idea that human progress is not an illusion, and so we’re not bound to repeat the mistakes of the past. All they both want at the beginning is a happy family, and throughout the film reject the evil of the hotel.

Once you have mapped out each of your three main character’s motivations using the Thematic Triangle of Conflict, you’ll be in a much better position to craft your screenplay with a strong argument at its core. You know much more about the kind of people your characters are, the kind of decisions they’ll make, and the kind of plotlines you should be writing.

This is what gives a movie its dramatic and thematic resonance — seeing the protagonist change over time as they learn what life’s all about through their interactions with the antagonist and stakes character and the choices they make. Work out what exactly it is you want to say with your screenplay and then make sure each character in the Thematic Triangle of Conflict fully expresses a side of the argument.

Alex Bloom is the founder of Script Reader Pro — a screenplay consultancy made up of working Hollywood writers, speakers, and consultants. They have also produced a practical, hands-on screenwriting course, and book on screenwriting structure using sequences.