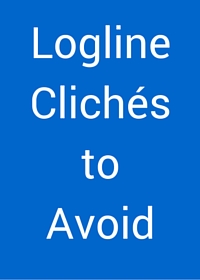 When you read logline after logline, patterns emerge.

These patterns reveal clichés based on expressions and idioms hammered into our heads in taglines we’ve seen on movie or show posters, or in voiceovers we've heard in trailers by the late, great Don LaFontaine.

In most cases, the solution is to simply be more specific as to what you want to communicate.

NOTE: A sequel (how cliche) is here.

1. The hunter must become the hunted
This is a clichéd tagline that appears in loglines.

Example:
A corrupt cop discovers the man he helped put behind bars twenty years ago is released and angry. Now, the hunter becomes the hunted.

Why it's a problem: If the premise involves the hunter becoming the prey, then your logline should illustrate how.

This is better:
A corrupt cop learns the wrongly-convicted genius he helped put behind bars twenty years ago is released. Now, his paranoia increases as he sees evidence he may be stalking him despite moving across the country to a farm.


2. Must face his fears/Must face her nightmares
Which fears? Be specific. How does this particular fear tie into the story? Whether the fear is a universal one or it is a fear unique to the character, it should ideally reveal what it is and why he/she must confront it.

Example:
A magician must face his biggest fears when he confronts a killer clown.

This is better:
A traveling-circus magician who had a traumatic childhood incident involving clowns is targeted by a killer clown who hates magicians. 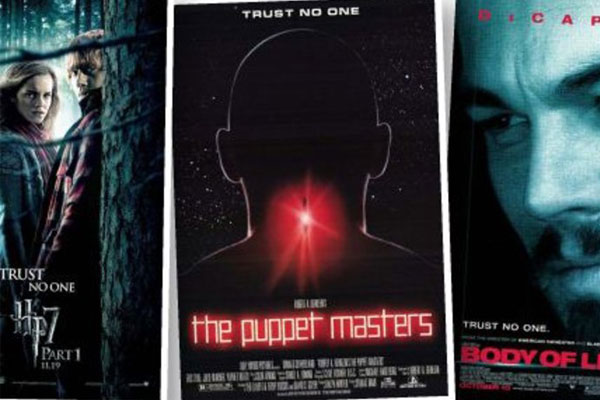 Trust no clichéd loglines! See a pattern on these movie posters? Taglines often influence loglines in the wrong way.

3. Blood is thicker than water
Yet another clichéd tagline that appears in loglines. Your logline should illustrate how the family dynamics play into the conflict.

Example:
When a rogue DEA agent tries to hunt down a narcotics dealer, he must go through the kingpin’s family first, only to find out blood is thicker than water.

"Blood is thicker than water" is used to some effect but it is so cliched that it doesn't reveal anything about the story.

This is better:
When a rogue DEA agent plans on destroying a narcotics dealer’s empire, he must first battle the drug lord’s vicious family members across Texas, one by one.

Now we know that the plot involves the agent going through the killer family gauntlet.

4. Hijinks ensue/hilarity ensues/sparks fly
Be creative! If your script’s premise is funny or interesting or romantic, then you don’t need to say “hilarity ensues,” “sparks fly” or “love is in the air.” Communicate that with a good title, a solid premise and precise word choices.

This is better:
A Pilates instructor finds out a successful rival is setting up shop across street. It would be easier to take him down if she didn’t see in him everything she wanted in a man.

It's now easier to visualize the conflict based on the inciting incident and internal and external conflicts. Plus, this version expresses your voice a bit more.

5. Discovers something that will change him forever
More specifically, this refers to when the protagonist is mentioned as having discovered something crazy about his/her life/the meaning of life without mentioning what it actually is. This is frequently found in dramas.

I understand the desire to not spoil your a-ha moment too early. But more often than not, when a protagonist discovers that thing, it’s usually not even near the end of the script. Especially if this “revelation” occurs in the first or second act (it’s an inciting incident or plot point to keep the story moving), it’s ok to include it in your logline. If it’s your final twist ending, then I’m sure there are other revelations that would be better suited in your logline, such as your inciting incident.

Instead of producing intense curiosity, the logline produces yawns.

Example:
When an out-of-work, middle-aged mom dusts off a hidden chest in the attic, she discovers something that will change her forever.

This is better:
When an out-of-work, middle-aged mom dusts off a hidden chest in the attic, she discovers numerous jewels and coins originally seized by Nazis, worth millions. Now, she must either sell the treasures and prevent a foreclosure or track down the rightful owners that her Nazi father may have stolen them from.

A shorter version:
When a financially desperate mom discovers rare artifacts in her attic, she must either sell them or track down the original owners her Nazi father stole them from.


Spotting Other Clichés
A good way to see if your logline includes clichéd phrases is to take a look at more examples.

So here is a nice list of common clichés in taglines on movie posters that might appear in your loglines.

Instead of using clichés, think about what really matters about what makes your story so interesting. Otherwise, the clichés will come across as lazy writing.

When you are specific and pinpoint what makes your story’s premise, conflict and characters stand out, then you will have an original-sounding logline that a reader will remember.

Know any other clichés in loglines or have any questions? Email me! InkTipStoryPower (at) gmail dot com

Michael Kim has worked in every department at InkTip. He is now the VP of Product Development & Media. Besides working on music, he loves foreign cinema, ramen and watching NBA clips on YouTube.