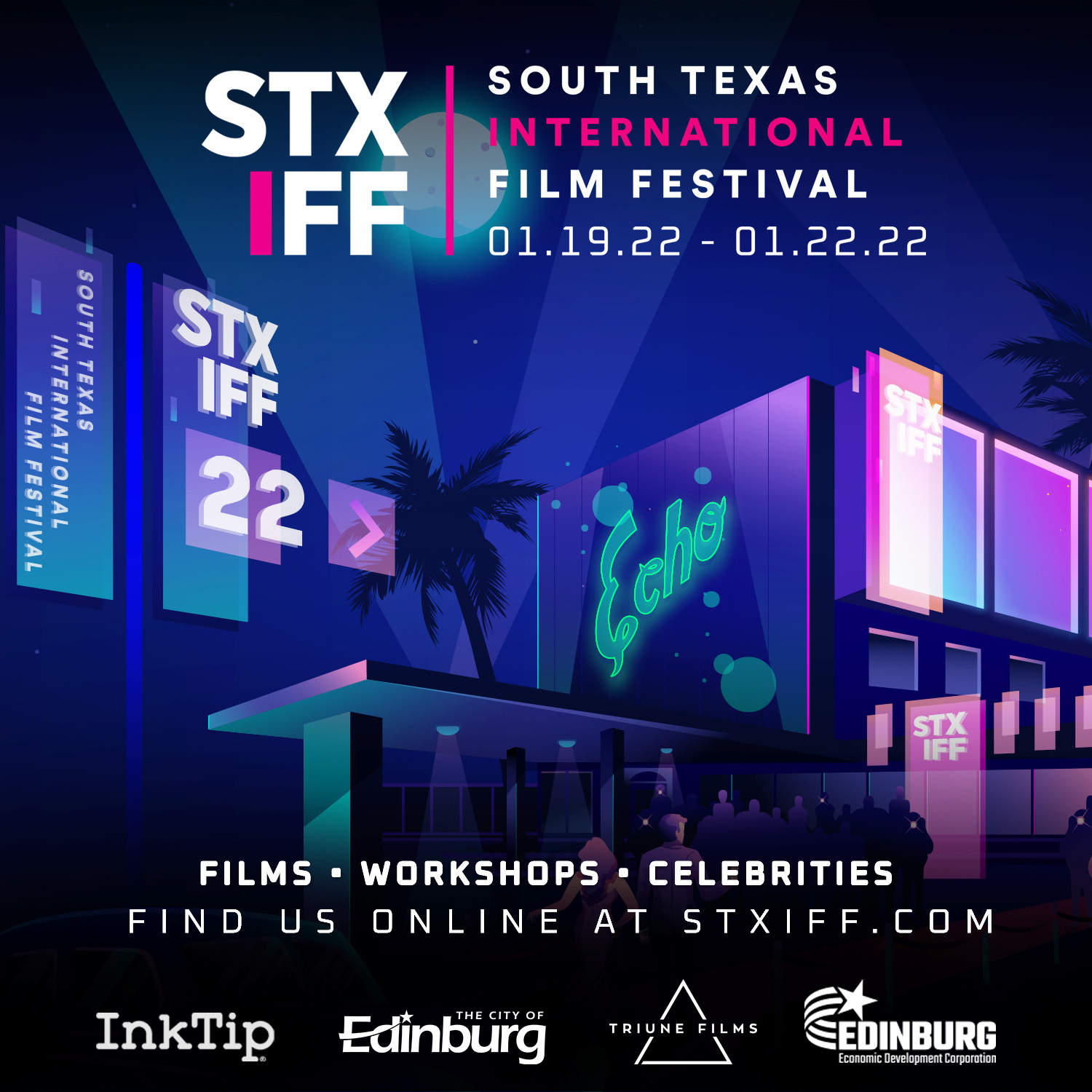 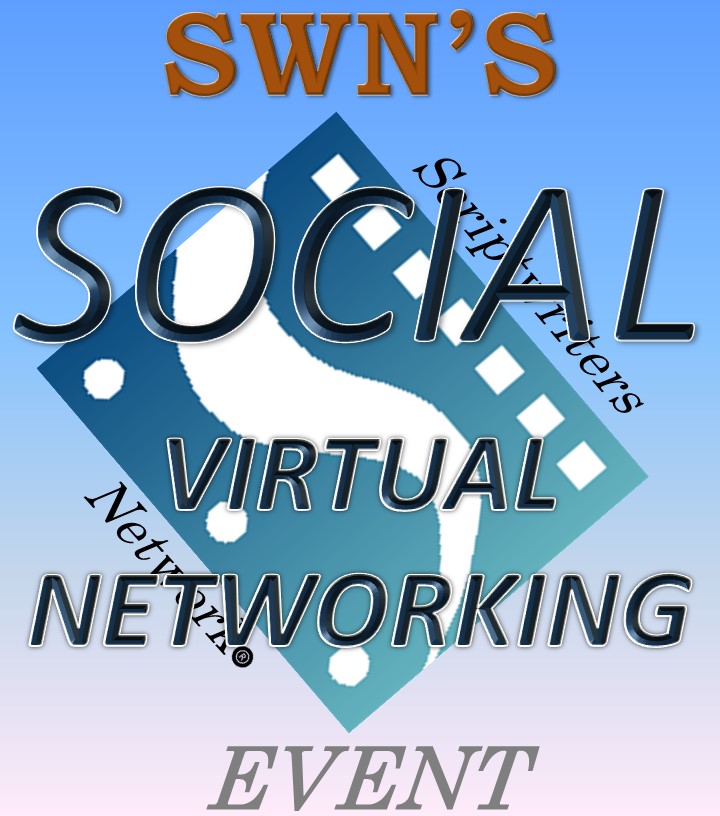 Our POPULAR Social Virtual Networking Event is a networking event that meets the first (1st) Saturday of every month. It started as a way for TV and feature writers to meet one another and has evolved into so much more. This event was established in order for you to personally meet people and network yourself and your project(s).
RSVP
Worldwide Women's Film Festival
Date: Feb 18, 2022
Time: 6:00pm to 1:00am
City: Scottsdale
Entrance Fee: $12 - 200
Phone: The Worldwide Women'
Email: worldwidewomensfilmfestival@gmail.com
Google Map

The film festival dates are February 18 - 22, 2022. It will be held at the Harkins Shea 14 at 7354 E. Shea Blvd.
Scottsdale, AZ 85260. The Worldwide Women's Film Festival educates, supports, and empowers women in the collaborative endeavor of filmmaking while we shine a light on women's stories, stories by women, and other diverse experiences across all genders.
RSVP
The 7th Annual SF3
Date: Feb 26, 2022
Time: 8:00pm to 11:00pm
City: Paddington
Entrance Fee: $5-80
Phone:
Email: sf3@sf3.com.au
Google Map

Tickets to all SF3 Screenings are on sale now. Come and experience the 7th Annual SF3 and be a part of the magic and the now of filmmaking. SF3 is going both live and online and we can't wait to share the best in smartphone cinema from far across the world. Come and be a part of the magic of SF3, both live and online. Get your tickets now for our fest running from Saturday Feb 26th to Sunday March 13th - www.sf3.com.au
RSVP
Ibiza International Indepedent Film Festival-Ibizacinefest
Date: Mar 11, 2022
Time: 1:00am to 1:00am
City: sant josep de sa talaia
Entrance Fee: $12-30
Phone: +34620434864
Email: ibizacinefest@yahoo.com
Google Map

After carrying out the 2021 edition in hybrid format through Filmin, with almost 24,000 viewings and in audiences on the Island as the restrictions caused by Covid-19 have allowed it, this edition being extended by 2 months, the International Independent Film Festival de Ibiza continues in its sixth edition with its two parallel objectives of bringing the most courageous and cryptic auteur cinema to our island, and at the same time, as a markedly territorial festival, quality independent cinema that will reach commercial theaters in the peninsula, but never to Ibiza.
We believe in committed auteur films, with necessary points of view, that can move in depth and form up to the margins of the norms of commercial cinema, with total creative freedom.
Understanding the cinema as an essential tool for social awareness, we highlight and organize sections for the promotion of gender equality, migration problems or environmental sensitivity, with specific programs for Institutes on the Island.
Our commitment to the film industry is reflected in our professional sections. The organization of 5 Professional Conferences so far, a contest for scripts of short films with a cash prize and pitchings for feature film projects are the axis of our current activities, complemented by workshops and master classes adapted to the level and need of audiovisual professionals in Ibiza.
Our main official sections try to reflect both socio-cultural situations and problems as an open window to the world, in the case of "Panorama", such as emphasizing experiences in characters that can be extrapolated to any person "Humans in focus".
The short film is not complementary, dissected into 4 official sections and programmed together with feature films in official and parallel sections such as “Fem-Cine” or “Be-Blue Think Green” is treated as a genre in itself.
RSVP
Ibiza International Indepedent Film Festival-Ibizacinefest
Date: Mar 11, 2022
Time: 1:00am to 1:00am
City: sant josep de sa talaia
Entrance Fee: $30
Phone: 620434864
Email: ibizacinefest@yahoo.com
Google Map

Ibizacinefest Pitching selects 6 documentary and fiction feature film projects that will be presented online to our advisor Ángela Bosch.
Ibizacinefest undertakes to announce and promote all the selected projects in our RRSS and newsletters, with emphasis on the declared best project IBZCF PITCHING 2022 ..
Ibizacinefest will present a report made by Ángela Bosch specific to each project and will subsequently attend them personally in a one-to-one session to finalize the 1-hour advice.
The maximum duration of each Pitch will be 15 minutes.
Initial projects, finished scripts, projects in pre-production, works in progress and final cuts are accepted.
The selected projects will be notified on 02/15/2022 and the deadline on 02/28/2022 to deliver the files with the required specifications that will be communicated along with the selection notification.
RSVP
13th Annual New Media Film Festival
Date: Jun 2, 2022
Time: 4:00pm to 11:00pm
City: Los Angeles
Entrance Fee: $30-99
Phone: 3102881100
Email: info@newmediafilmfestival.com
Google Map

Pushing the envelope is a big deal in the film industry but telling the same old stories will not get your name out there. You have to innovate and tell a new story. Or tell the same story in a completely different, unique way. If this sounds like you, then the New Media Film Festival® is the perfect place to showcase your work.
In its 13th year, the New Media Film Festival® is seeking to get your name out there and provide a space to show off your originality and innovation. Whether you tell your story through more traditional mediums—or experiment with XR, AI and other mediums—there is room for you at the festival.
Your innovation will not go unnoticed. In fact, it will be seen by judges from Marvel, FX, HBO, the Television Academy and more. And no matter what genre or medium you use, there is a category for you to submit your work.
RSVP
New York City Independent Film Festival
Date: Jun 12, 2022
Time: 5:00pm to 1:00am
City: New York
Entrance Fee: $30-85
Phone: 9177970816
Email: info@nycindieff.com
Google Map

Mission Statement
The NYC Independent Film Festival provides a showcase for the best independent cinema, from NYC and around the world, to the public and entertainment industry. The weeklong celebration screens the best indie films, offers educational panels and presentations helmed by industry professionals, and holds live performances. The Festival gives filmmakers the opportunity for potential distribution and funding, as well as awarding the top films across numerous categories, all whole giving them the opportunity to mingle and network with press, supporters, and fans.

Set in the heart of the alps, FFKB aims to address filmmakers, industry professionals, as well as people interested in film and cinema - locally, nationally and internationally. The festival focuses on establishing a connection between the contemporary art of film and the existing traditions of the region.
RSVP
2022 Oil Valley Film Festival
Date: Sep 9, 2022
Time: 12:00pm to 6:00pm
City: Oil City
Entrance Fee: $10-40
Phone: 9142795066
Email: oilvalleyfilmfestival@mail.com
Google Map

Since 2016, the Oil Valley Film Festival's mission is to bring the voices and films of new and established filmmakers to the heart of Venango County, an area underrepresented in the world of film. Located in Oil City, Pennsylvania, and nestled in the foothills of the Appalachian mountains, attending the Oil Valley Film Festival will grant you the experience of watching engaging cinema within an intimate community with a rich history.

It's also possible to submit additionally on the other editions of ARFF:

We're also programming showcases of our best films for our international film festival partners across Europe.

The Cultural Association Officina delle Idee intends to realize with the Patronage of the Municipality of Cittadella (PD), the Veneto Region and the Province of Padua the third edition of GEOFILMFESTIVAL (GeOFF) - The Cinema of the Elements, "The Golden Earth" International Film Award, availing itself of the artistic direction of the director and actor Rocco Cosentino.
GeOFF wants to offer itself to all operators, filmmakers and the general public as competition and innovation for its theme: The Environment. Earth, Water, Fire, Air as objectives in the creation and production of medium-short films. So the Cinema of the Elements for which each of us is called to participate and make it a professional, social and moral goal.
The Cinema, once again, disseminator of news and civilization. Together with the cultural dissemination with the cinematographic projection, GeOFF- The Cinema of the Elements links its attention to the Environmental Problems of the World.
RSVP
Titles: 1 - 14 of 14
1
Per page: 20 | 40
Sign Up for InkTip